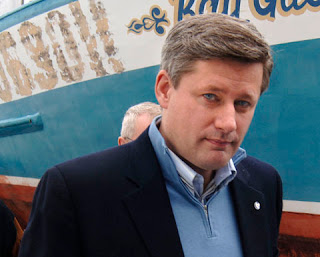 Stephen Harper didn't just drop the ball, he intentionally screwed BC because he thought it would advance his own personal agenda. We want anti gang legislation. We want mandatory sentences for violent crime and trafficking hard drugs. We don't want mandatory minimum sentences for the possession of pot.

It's not a matter of him just not listening. It's a matter of him using our plight to promote himself instead of doing what's in the country's best interest. He wants the public to get angry at the Liberals for voting down anti drug legislation so he can get more seats in the next election and "govern."

Stephen Harper has peaked. His character or lack thereof has been revealed. Iggy is a dangerous idiot. Let's hope Justin Trudeau can do the right thing and submit legislation that will create mandatory minimum sentences for trafficking cocaine or meth not for the possession of pot.

It's not about pot. It's about being fiscally responsible and doing something positive that is within our power to do. The jails are over burdened already. Creating mandatory minimum sentences for trafficking hard drugs will cost more money for more prisons. Mandatory minimum sentences for the possession of pot is not within our fiscal reach and is totally counter productive.