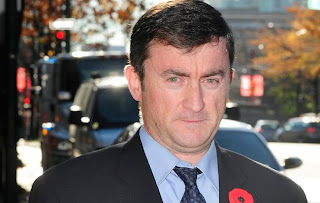 Sergeant Darcy Taylor. A Sergeant with 21 years on the force had an assault conviction but was given an absolute discharge in Vancouver provincial court on Friday.

A widely-distributed surveillance video showed him running across the street and striking innocent bystander Justin Wachtel in the head and knocking him over.

Defence counsel Kevin Woodall told the court it happened during an "adrenalized" moment brought on by a "chaotic" situation. The judge agreed: "The circumstances must be taken into account. He was attempting to control an unruly, aggressive crowd. For a few brief moments he lost control.

This is absolutely insane. Full of adrenalin is not an excuse. It's a bad rationalization like the other cops who assaulted and robbed an innocent civilian in an unprovoked attack who said they had ten and twenty drinks each. All that means is that they are drunks as well as criminals.

It's a good thing Taylor isn't a soldier. I can see it now: We were engaged in a firefight with the enemy and I ran across the street and shot an innocent civilian in the head. I was swept away with adrenaline of the moment. If that happened in the military he'd be court marshaled.

The whole point of police training is to be able to diffuse situations not inflame them. Clearly that is not being taught any more in their training. Clearly they need to fire their use of force trainers and send new ones to be trained under the retired VPD Ninja John McKay.

At first I though absolute discharge meant he was fired from the VPD but he doesn't get a criminal record. That was fair I thought. But no. Absolute discharge means he gets sweet fuck all. That decision is a slap in the face of public interest. And the people said... absolutely nothing. They just bowed their head in shame while David Pendleton and Darcy Taylor just pissed on a good soldiers grave. Lest we forget. 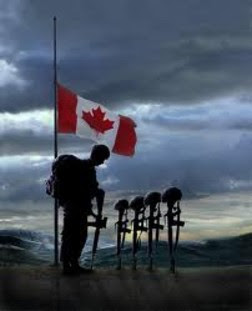 They say the truth will set you free. Well I'm not seeing it. Not with our judicial system.