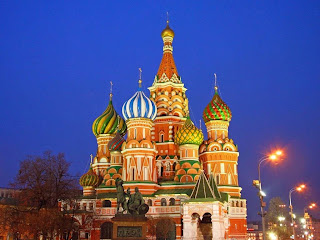 CBC is reporting that Boris Nemtsov, a charismatic Russian opposition leader and sharp critic of President Vladimir Putin, was gunned down Saturday near the Kremlin, just a day before a planned protest against the government. It would appear that although Communism has left Russia, democracy has not yet arrived.

Nemstov, 55, was the head of the opposition Republican Party of Russia-People's Freedom Party. Last year Nemtsov was among opposition leaders who gathered in Moscow to protest the government's crackdown on independent media and opposition groups when he said "It's honestly like in the Hitler time," Nemtsov said at the time. "If you are against Putin, you are against Russia. Sounds a lot like North America.

Politicians in Russia like to make reference to Hitler because everyone hated him for good reason. We hated him too. However, Stalin was no better. He was the exact same thing. Some would argue even worse if that is possible. The strange thing is, all of these politicians - Putin, Yeltsin and even Nemstov were in power under Gorbachev when Communism in Russia "fell" yet they're still in power which is indeed somewhat suspicious. The last thing we'd like to see is Big Brother return to Communism after another failed attempt at democracy.

The quest isn't Communism or Capitalism it's the creation of a free republic where civil liberty is protected by law that binds the government not the people. Here in North America our freedom is under fire from within and civil liberty hangs by a thread. A Communist revolution will not save it, it will throw us out of the frying pan into the fire. We need to defend the US Constitution and the Canadian Charter of Rights. That is my title of liberty in our day. We need to make the oath to protect civil liberty and we need to keep that oath. Oath keepers arise. 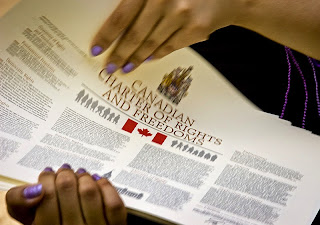