Perception of the Patch: Growing up in the real world 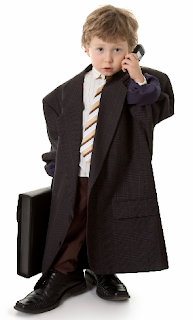 The apostle Paul once said "When I was a child, I spake as a child, I understood as a child, I thought as a child: but when I became a man, I put away childish things." All of us make mistakes when we are children and all of us grow up. Well most of us. I'm not a religious man... any more. I used to be but I'm not now. Circumstances don't make the man they reveal him to himself. I'm more of a Thomas Paine. I believe in God but I am cynical of organized religion. Yet I am passionate about the freedom of religion and I am passionate about the reality of good and evil. We all make choices in life and we all live with the consequences of those choices.

Last year I had the opportunity of interviewing a young lady from Whiterock who discussed how her perception of the patch had changed since she grew up and since she observed some bizarre behavior from one particular patch holder which she felt was not in harmony with her previous perception of the patch. She said back then when a Hells Angel walked into a bar every woman's head turned. I thought to myself are you kidding me? If Ricky C walked in everyone's head would turn to see what that smell was.

That's like that crazy woman in the States who was obsessed with Charles Manson and married him while in prison. Not a very smart thing to do. Yes my perception of the patch has changed considerably since I found out about the compulsive lies, the betrayal, the exploitation and the rip offs. They are the rats they so venomously accuse others of being.

My daughter recently told me that when she and her friend were young they Googled the question why do we like bad boys? She said the answer she found is that you'll grow out of it. That she has thankfully. She is older and wiser now. Surrey trash repulses her. Like I always say, if you date a bad boy you will marry a bad man.

I understand the greed and the obsession with money. In today's day we all could use a little more cheddar to make ends meet. Yet the greed and materialism is beyond me. I want no part of it. I may be a broke ass bitch but I don't sling crack and I never will. A poor man is better than a liar.