The Legal Definition of Entrapment 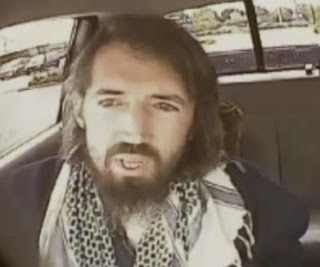 The National Post is reporting that on Friday a judge ruled "the RCMP officer who stunned Robert Dziekanski with a Taser at Vancouver’s airport lied at a public inquiry.,, Const. Kwesi Millington’s perjury conviction comes more than seven years after Dziekanski’s fatal confrontation with police." CBC is reporting that the first time a judge has agreed with the prosecutors who argued that Millington and his fellow officers conspired to lie and exaggerate the threat Dziekanksi posed in order to justify their use of force. This ties in with the entrapment and exploitation of John Nuttall.

OK so we've talked about how dramatically the world has changed since 9/11 and how the Constitution and the Charter of Rights have been completely abandoned. We've talked about how in this new age of treason we call patriots traitors and traitors patriots. The next thing we have to discuss is the legal definition of entrapment and how massive amounts of tax dollars are being spent and misplaced on not saving the world from terrorists but on creating them. This is a concern the Rolling Stone magazine recently made very loud and clear.

On the first day of the John Nuttall trial the judge gave the jury specific instructions. She told them that they were not allowed to read my blog. She didn't refer to my blog specifically, she said any blog that discusses the case. She said their role was not investigations. It was not their job to investigate the case. It was their job to decide whether or not they feel the suspects are guilty beyond a reasonable doubt based solely on the evidence presented in court. She also their their job was not to interpret the law. Interpreting the law was her job and she would do it form them. If she errs in her interpretation of the law that would be grounds for an appeal. However, I think it's really important we objective examine just what the legal definition of entrapment really is because it appears to be completely ignored in our day of treason.

Wikipedia states "In criminal law, entrapment is a practice whereby a law enforcement agent induces a person to commit a criminal offense that the person would have otherwise been unlikely to commit. It is a type of conduct that is generally frowned upon, and thus in many jurisdictions is a possible defense against criminal liability."

In the John Nuttall case he clearly would not only have been unlikely to commit the crime he has been charged with he would have been unable to without the RCMP driving him around, telling him what to do and providing the explosives. It's not a matter of it being unlikely it is a matter of him being unable. That means this is a clear case of entrapment. What we need to discuss is the absurd amount of tax dollars that are being spent and misplaced on trying desperately to turn drug addicts into terrorists. That is not in the public interest.