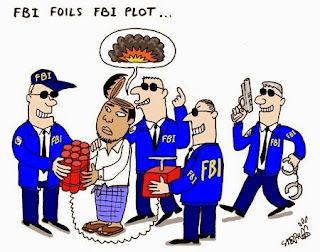 There are numerous stories to catch up on and I have a lot to say about the entrapment of John Nuttall and the release of the video where he is clearly stoned making crazy statements that he has absolutely no conceivable ability to follow through with. Time does not permit me to expand upon it but I will soon.

All I'm going to say today is that the guy looked totally stoned in the video talking nonsense. A Surrey drug addict who was stoned talking nonsense to impress an RCMP Agent he and his grandmother had been hiding from thinking he was some Mr Big crazed terrorist that would kill them if he didn't do exactly as he was told.

On several occasions the RCMP Agents put mayor pressure on the drug addict telling him that they had spent a lot of money on him and how they had to come up with a plan. Repeatedly they were pressured into coming up with a plan when all they did was get stoned and play video games. So finally they catch him on video talking absolute nonsense and somehow they think that they have saved the world from a terrorist. Before the RCMP Agents "befriended" and pressured them they had absolutely no desire whatsoever to get involved in any terrorist act. The RCMP pressured them into doing something they admit they didn't want to do at first. The RCMP agents were the ones that gave them the explosives and drove them to Victoria and told them where to plant the bombs. These two couldn't plan a bag lunch and didn't have money for the ferry ride.

Before I expand on the legal definition of entrapment, we need to remember that a huge amount of tax dollars are being spent and misplaced trying to convince drug addicts to perform terrorist attacks in Canada and that is being used to rationalize giving this secret police force more money and more power to destroy civil liberty.

Internationally all this obsession trying to create crazed terrorists out of drug addicts is being used as a distraction from Operation Fast and Furious where the CIA infiltrated the ATF to continue their cocaine trafficking and supplying arms to the Mexican cartel. In the John Nuttall case wait until they tell you the part where the RCMP agents had him selling heroin. That is something the Taliban would not do. In this case CSIS has infiltrated the RCMP. 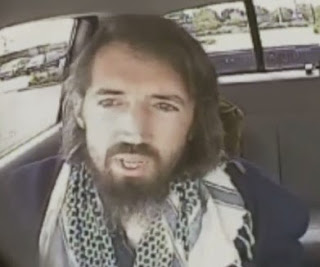 In today's paper the headline reads "Jury sees video of accused in B.C. legislature terror plot driving around buying bomb parts. No it doesn't. He's being driven around because he doesn't own a car a probably doesn't even have a drivers licence since he's a drug addict. He's not buying bomb parts they are taking him shopping for pressure cookers. He has no idea how to make a bomb out of one. The RCMP agent told him where to download the plans from and he said they were interesting but he was not able to make a bomb out of them. In court it said that plan required black power. Finally something that makes sense. Like the guy in the Okanagan that was emptying shotgun shells to get the gun power to make pipe bombs.

So the pressure cooker needed gunpowder which he did not have to be turning into bombs. The RCMP agent took him shopping for pressure cookers then said he could get the gunpowder and even some C-4. Don't you think this drug addict sh*t his pants when the agent said Mr Big could get C-4? He was scarfed to death of Mr. Big and was just talking nonsense to keep him happy. Without the police agent there was no means and no motive for this crime.

The Crown's own evidence states "They discuss two plans — an attack on the legislature using pressure-cooker bombs and an attack on a military base. The undercover officer tells them that he has consulted with a 'brother' (Mr. Big) and the brother suggests the first plan is best." They told him to come up with a plan. As they were discussing two options the RCMP told them to plant bombs in Parliament not at a military target.