A Daily Dose of Nuttall Nonsense 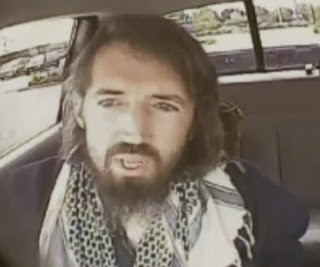 Speaking of propaganda, it seems we're getting a daily dose of misrepresentation in the press on the pressure cooker entrapment case. Keep in mind these were two Surrey drug addicts who were not capable of doing what they are charged with doing. The RCMP gave them a shopping list, drove them around to fulfill the list and paid for the items on the list. While doing so Nuttall is talking crazy under the influence of something while his co accused was so stoned she ended up passing out in the back seat.

Yesterday, The Vancouver Province reported that John Nuttal threatened to kill a motel cleaner. Well not exactly. After paying for the "bomb" parts and driving him around to pick the items on the shopping list up, they paid for a hotel room and told him to start assembling the "bomb." Which he was in no way capable of doing. They took possession of the "bomb" parts and took them to the hotel so he wouldn't lose them.

He starts to panic and says what are we going to do if a hotel cleaner comes in and sees us? His drug induced paranoia is getting the better of him. There in a hotel. Cleaners knock first. All you have to do is put a do not disturb sign on the door. They certainly don't want to barge in on a couple if they are being intimate. He doesn't realize that and says we'll have to kill them. But we have no weapons other than a butter knife. He says I'll have to snap their necks. Yeah that's the ticket. I saw that on TV once. That's what I'll do. He is a drug addict that has no idea what he's talking about. The RCMP agent had earlier tried to tell Nuttall that the cleaners were not a threat and to focus on the job. The agent told him to make the bomb and had to keep reminding him to stay on task every time the drug addict got distracted.

The headline in today's paper reads Bomb shrapnel would be spinning 'like little ninja stars' said accused in B.C. legislature terror plot. OMG did you get the whole quote and look at it in context? He said “Those nails are going to be spinning like the speed of sound, about 6,000 feet per second,” he said. “These things are going to be spinning like little ninja stars." Oh really. Not. He is a drug addict who has no idea what he's talking about. There's no way he was capable of following the manual the RCMP agent told him to download.

Do you know how to make a pressure cooker bomb? I don't. The whole concept doesn't even make sense. A pressure cooker is something to plug into a wall or put on the stove. How on earth are you going to make it explode? Finally the Crown revealed the secret on the opening day. They said the plans required black powder. Well bloody hell that finally makes sense. You need gun power to make it explode. That means he could have put it in a pot or anything else. The problem is, how do you ignite it and how do you secure the lid on so it will explode? If he's using duck tape like it says in the video that top isn't going to have enough pressure to do jack squat. Where's he going to get the gun powder if the RCMP don't give it to him? Shot gun shells? Perhaps. That's an awful lot of shot gun shells. Does he have a PAL to buy them? Nope. He has no means of acquiring the gunpowder and no ability to make a bomb out of it.

How is he going to ignite it? We used to make pipe bombs as kids around Halloween. We used the insides of screechers. The best they could do was put a black mark on and old mailbox. They certainly wouldn't kill anyone. How are you going to ignite it other than with a fuse? I have no idea. Theoretically you could use electronic ignighters from a model rocket set but I have no idea how to make a timer out of a clock and I think I'm a bit more capable than a Surrey drug addict.

In this video the undercover cop urges the couple to finish their task of building the bombs. “I’m dealing with the contingency plans.” Yeah like he dealt with planning the whole thing. Once again the drug addicts keep getting distracted from building a bomb they aren't capable of making and the RCMP agent has to keep reminding the Surrey drug addicts not to get distracted and stay on task. He has to keep telling them over and over again to build the bomb. Even though there is no way any bomb they built would work. He built I should say. Amanda didn't build anything.

Then there's the big twist. Nutall keeps making these ridiculous drug addict statements. Ya know if we get caught I'm gonna need an Ak 47. Ya know C 4 would work ever better than pressure cookers. If we had C 4 we wouldn't even need pressure cookers. Guess what? The RCMP agent tells him he can get C 4. This is proof he's dealing with drug addicts. Everyone else would have known this was a police agent. No body here can get C 4. Nobody here knows how to use C 4. I don't. In court the crown said C 4 needs a special type of accelerate. There is no was a Surrey drug addict would be able to get C 4 and the accelerate and know how to use them together. No bloody way. This case is a joke. But it's not. The entrapment is actually proceeding in court and with the daily dose of Nuttall Nonsense in the media the best he can hope for is a hung jury. There will be some jury members that buy into the nonsense regardless.

Having said all this I will be very clear that I in no way intend on minimizing the seriousness of these allegations. Setting off a bomb at a fireworks display is a heinous crime whether it be at Victoria or at English Bay. It is a crime by law and it is a crime by the Quran. My point is simply the RCMP spent a lot of tax dollars trying to convince a drug addict to come up with a plan and commit an act of terrorism. So much so they had to keep reminding him to stay focused on the task and not be distracted. Which brings us to tomorrow's daily dose of Nuttall nonsense in the paper posted on today's web site. Tomorrow's article warns that Nuttall was a 9/11 conspiracy theorist. Heaven forbid. That means he has a motive to blow people up right there. Not.

9/11 was an absolutely heinous crime. The third tower fell at free fall speed into it's own blueprint just like a controlled demolition when no planes hit it. Experts in the field will tell you the only way that is scientifically possible is if the load bearing beams are simultaneously blown out. That is the only way. Heat and fire will not do that unless it's thermite used on the load bearing beams. To imply that everyone who thinks 9/11 was an inside job is capable of killing innocent people is insanely offensive. Operation Northwoods proposed killing innocent civilians as a pretext for war. Truthers oppose all terrorist acts completely. To imply otherwise is an offensive lie.