Snowden speaks out against Harpers attack on civil liberty 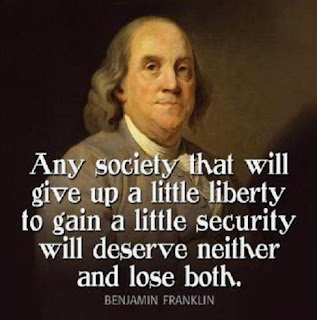 This one a blog reader sent in. BC Local News is reporting that while Thomas Mulcair was debating Stephen Harpers' terrorist attack on civil liberty, oath keeper Edward Snowden spoke out against the bill in a video conference hosted by Toronto's Upper Canada College high school, on Monday night. The Surrey Leader quoted Snowden as saying "I would say we should always be extraordinarily cautious when we see governments trying to set up a new secret police within their own countries." Indeed we should. CSIS still needs to be charged with murder for providing the explosives in the Air India attack.

Stephen Harper has declared war on civil liberty. You can't defend freedom by doing away with it. Thomas Paine wrote a paper called the age of reason. Well now we face the age of treason where elected officials use tax dollars to buy commercials and bombard the public with propaganda as they try to convince us doing away with civil liberty and the principles the founding fathers fought for is somehow in our best interest. I disagree. Their arguments are treason.

Stephen Harper is not a conservative. He is a new con. There's a big difference between the two. It is no secret that Stephen Harper is an enemy of the Charter of Rights. Some claim that because it does not contain property rights is is a flawed document. Yet all the other basic principles in the US Bill of Rights are found within it. The right to legal representation, the right to a fair and speedy trial. The freedom from unnecessary searches and seizures which includes warrantless wiretaps.

Update: The Canadian Lawyer Magazine reported that "The Nova Scotia Supreme Court ruled today the province's law society doesn't have the authority to deny accreditation to graduates of Trinity Western University’s law school." The lawyers had a vote and voted in favor of violating the Charter of Rights by refusing to accredit law graduates from Trinity Western university because it was a private religious school. Despite the fact that there are many Catholic universities in the United States that are accredited.

The lawyers knew their decision was illegal but they tried it anyways. Even though that BC College of Teachers tried the same thing and were overturned by the courts. It's the same thing with Harper's illegal bills that remove civil liberty. They aren't just morally wrong, they are also illegal.