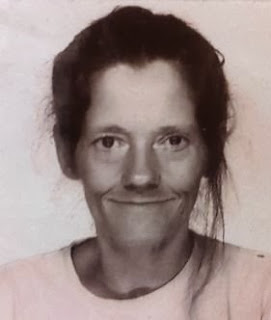 Today is the second anniversary of Janice Shore's brutal murder. She was beaten into a coma on December 2nd 2012 and died two months later in hospital on February 18 2013. The Chris Mohan story was the reason I started my web site and blog but the Janice Shore story and the Gary Webb story are the reason I keep it going.

Selling drugs in clubs to people who can afford it is really none of my business. Giving crack to the homeless for free then beating the life out of them for payment is my business. That is what fuels the plastic fake ass gang banger wanna be that lives the materialistic world of self indulgence. It is blood money earned through predatory exploitation.

If you don't front the drugs, there are no drug debts. Decapitating Bob Roth for a drug debt and caving in Janice's head for a nominal drug debt is deranged. I had never met Janice before the assault. I visited her in the hospital when she was in a coma and saw the physical damage inflicted on her. It looked like someone caved in her jaw and temple with a hammer. My daughter had seen her around a few times pan handling. She confirmed what the many others said, that Janice was quiet, soft spoken and very polite. The ideal mark for a predatory drug dealer outside the Front Room. She was also sexually assaulted.

I spoke to one police officer who said they had no evidence that she was sexually assaulted. Yes you do I said. You have the testimony of the witnesses that found her body. I spoke to one witness a year later when the First Nation Elders set up a tee pee and a sacred fire in Janice's honour. He was still freaked out about it over a year later. He confirmed that her head was caved in as though someone had crushed it with a huge rock and that her underwear was down around her ankles. Another person who knew Janice confirmed her quiet polite manner and said if she was killed for a drug debt it couldn't have been a large one because she was a user not a dealer. The Janice Shore murder pretty much sums up my beef with the predatory drug dealers outside the Front Room that exploit the homeless in a brutal manner.

I told the story of an ugly fat white chick terrorizing the sex trade workers outside the Front Room when I was trying to find the site Janice was murdered to set up a memorial. I asked a few homeless people where Janice was murdered and a sex trade worker showed me. You could tell she wasn't from here. She didn't try and ask me for money after she showed me the site. The fat ugly white girl kept asking her where ya going? Her response was simply to get a life. Who's that she kept asking as if to say is that a trick? Where's my money give me some money.

Six months later a former sex trade worker from the area contacted me and said that sounded like Colleen, one of Larry Mizen's coaccused. She said that tree where Janice was dumped at is where the drug dealers there demand free service from the sex trade workers they sell crack to. Leaving her body there was a message for all the others. Which clearly shows the hypocrisy in Larry Mizen's murder. Larry Mizen worked for Len Peltier who is a Hells Angles associate. Yes the Red and White terminated Larry's contract when he got some bad press but they were well aware of what he was doing all along. He was collecting their money and they didn't care how he did it. That is my beef. Lenny the weasel is still in town and that needs to be addressed.