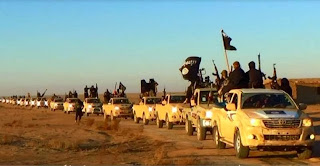 So ISIS beheads 21 Egyptian Christians in Libya. Wait a minute? Didn't we just help those rebels overthrow Gaddafi? Maybe that wasn't such a bright thing to do. Just like invading Iraq based on a lie wasn't such a good idea because that act is what created ISIS in the first place.

Although there are huge questions about who's really behind ISIS, when push comes to shove, ISIS does not concern me. Everyone knows they are bad. Everyone knows they do not represent Islam. Jordon certainly didn't play games with them when they executed a Jordanian pilot instead of following through with a prisoner exchange. They immediately executed two of their prisoners. It is clear that ISIS does not follow the prophet Mohamed. Which makes their flag the epitome of hypocrisy. It's like Mossad putting a star of David stamp on a brick of cocaine. Do these clowns not fear the god they misrepresent? The extremism is surreal.

Nevertheless, despite the extremism of ISIS we cannot let these insane acts distract us from the loss of civil liberty in Canada. You cannot defend freedom by throwing it away. In the US we can't let it distract us from the flaming reality of Operation Fast and Furious. Where the CIA infiltrated the ATF resulting in arms being sold to the Mexican cartel and tons of cocaine being brought into the United States and likely Canada as payment. We cannot lose sight of that colossal crime.

This is somewhat ironic. The Ottawa Citizen is reporting that retired Supreme Court justice John Major told a Senate committee that Bill C-51 gives significant new powers to the Canadian Security Intelligence Service (CSIS). “Warrants are required from a judge in certain circumstances,” such as search-and-seizure and communications intercepts. “But I think it comes down to a certain amount of faith in our agencies not to abuse the authority. I’m not aware of incidents where they are. I am comfortable with what I see.” Are you kidding me?! John Major was the clown who headed the inquiry into the Air India bombing. He doesn't say too much about CBC exposing the fact that the RCMP claimed that CSIS had a handler that helped plan the Air India attack and provided the explosives. Now he tells us that we should throw away civil liberty in support of CSIS's new powers to break the Charter of Rights? That is insane.

In contrast, last year the Ottawa Citizen reported that "A panel of three former judges who led high-profile judicial inquiries that examined national security matters cautioned the federal government Wednesday not to rush to adopt new anti-terrorism laws based on this month’s fatal attacks on two soldiers in Canada." Back then "Retired Supreme Court of Canada justice John Major, who led an inquiry into the 1985 Air India crash, said the RCMP and CSIS have 'broad powers' that must be carefully assessed before Canadians can conclude whether more are needed, and cautioned against a rush to enact new powers that may be unjustified." Sad to see how quickly he sold out civil liberty. CSIS need to be charged in the Air India bombing.

The problem with doing away with civil liberty in these "anti terrorism" bills is because how easily they are misinterpreted. As soon as England passed a bill doing away with due process for terrorists, with one sweep of the pen they labeled anyone participating in the occupy protest a terrorist thus removing their right to a fair trial, a lawyer or the need to be charged with an offense before they could be arrested. In Canada, a 70 year old environmentalist had members of the anti terrorist unit show up at her home because she took a picture of the Kinder Morgan pipeline. 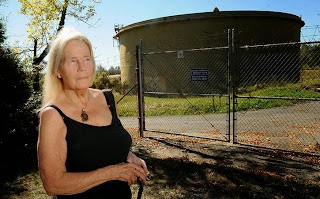