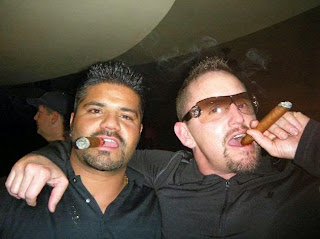 It's been a busy couple of weeks. I weathered another barrage of death threats from a ridiculous troll, survived a legal challenge from a competent law firm specializing in defamation and Blaze confessed to murder. So it would seem. A troll started spamming my blog with comments as soon as I made a post about Blaze being busted in Kelowna. Usually it doesn't take long for trolls to figure out the comments on my blog are moderated and I don't approve threats or stupid rambling. Yet this troll was different. Persistent isn't the word. Obsessive is. They kept posting threats and insults over and over again despite the fact that they saw I wasn't approving them.

Many of them contained my real name so I didn't approve them. I know everyone knows who I am now but the anonymity thing is just a minor firewall so people at work don't figure out I do this blog. The last thing I want to do is come to work and hear people say we saw you on TV again or so you're the guy that does that gang blog - snitches and bitches. I like minding my own business at work. I do my job, go home and keep politics separate from work.

So finally I decide to approve some of the comments that didn't contain my real name so everyone could see what kind of a freak this person really is. Referring to Janice Shore and Britney Irving as a junkie was a giveaway. That's what Joey called Briney Irving when he confessed to murdering her. He said she was just a junkie. Not. She was addicted to oxy and sold pot to pay for her oxy habit. Who do you think she sold the pot for and bought the oxy from?

So this troll starts posting all this trailer trash nonsense threatening my family left right and centre. Then they start posting deranged nonsense about how wonderful it was that Larry Mizen caved in Janice Shore's head claiming that Janice and Brittney Irving deserved it because they were weak which is not only offensive but makes no sense whatsoever.

I knew that Blaze was obsessed with my blog and web site. People would write in and tell me about it. How he was so obsessed with my blog he'd try and get others to post on it for him. Then I hear he had made bail so the troll thing made sense. It's possible his co accused girlfriend set up the account but it would appear that he's using it now.

On the post about the Second Anniversary of Janice Shore's Brutal Murder I asked "So Blaze, where were you really the night Brittney Irving was killed? To claim that Britney and Janice deserved it because they were weak is deranged. Then he baits me and knowing I won't approve a post with my real name replies "I'll tell you where I was XXXXX XXXXX, I was right there making sure things got done. Just like I'm gonna make sure things get done when it comes to you."

I thought about approving the comment but didn't. Then he baits me again and says "I was there XXXXX XXXXX, right there watching." I knew he lied about his whereabouts the day Joey killed Britney Irving. So here it would appear that he, or someone pretending to be him, confesses to being at the scene when Joey shot her. OK so Joey's already convicted, Blaze being present is simply an accessory to murder and rather hard to prove. Highly unlikely it would go anywhere especially since the brain surgeon claims he's posting from a cell phone and is "untraceable."

However, it doesn't end there. He keeps baiting me and posts "I was the driver when we killed b, you got that XXXXX XXXXX." This time he says "we" and appears to confess to murder. Personally I don't believe he did do it because Joey was the hunter. Joey had the shotgun. Blaze couldn't fire a 12 gauge without falling on his ass let alone hit anyone with a shotgun slug. That is what the court was told killed Britney Irving. She was shot in the back while running away with a shot gun slug. She was shot four times, twice in the back.

I don't believe Blaze did it but I do believe he was present. These troll comments really prove nothing. When I was in Kelowna, I attended some of Joey's trial. The judge said something while the jury was out of the room and because the jury wasn't present I couldn't report on it at the time but now that his trial is over I can. The judge was a bit skeptical of Joey's father's reference for Joey. The judge was surprised at the monetary volume of drugs Joey was trafficking even while in prison for the murder. Joey was a high level dealer not a low level one that I had assumed. He was a high level dealer in Kelowna. Who do you think he was working for? He was a known Hells Angels associate.

The court heard evidence that Joey was trying to force another man to take the fall for him before his lawyer told him that was a no go. Aside from rationalizing what he had done by saying Britney was just a junkie, he told the guy two things. He told the guy that he couldn't go to jail because he was making too much money in the drug trade. He had to keep the business going. Then he said he had to do it. He didn't have a choice. He didn't say why. Later I had a source that told me Joey had to kill Britney because he owed someone money. Why that person would want Britney Irving dead is anyone's guess. Might of had something to do with the manufactured debt when her clone show was busted. May Britney Irving rest in Peace. She was no junkie. 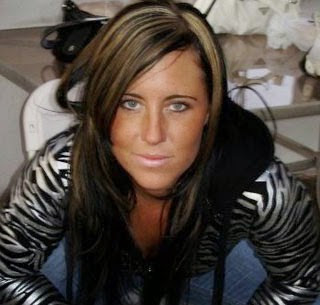