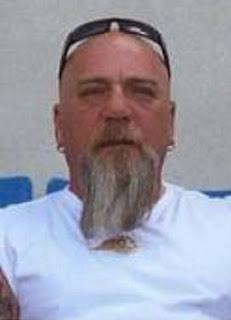 Turns out a blog reader is correct and that Johnny Spezzano is dead. His real name is Giovanni Spezzano and died suddenly on Monday, January 26, 2015. I don't know the guy and I'm not going to trash him now that he's dead. He was a father, husband, brother and son and was predeceased by his brother Pino. It would be interesting to find out the cause of death.

The Ottawa Citizen reported that Giovanni was a former member of the Ottawa chapter of the Outlaws who pledged allegiance to Rock Machine only to defect a few months later to the Hells Angels. His career in biker gangs was fast-tracked after he formed a friendship with Paul (Sasquatch) Porter. Paul was a member of the Rock Machine but crossed over tho the Hells Angels with several others when Mom Boucher went to prison.

Update: A local source claims he committed suicide which is always a huge loss for family. The question is, why hasn't there been any mention of his death on HA support walls? Not a word about a fallen brother? Perhaps that has something to do with why he committed suicide.