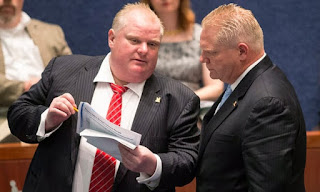 I don't like Doug Ford for obvious reasons. His brother was an abusive drunk and a chronic crack addict while Doug stood right beside him. I have no problem with him being a right wing conservative. I have a problem with him being a wing nut. However, as I keep saying, although no two people agree on every issue, likewise no two people disagree on every issue either.

I agree with Doug Ford's administration of legalized pot. As we know, I didn't support legalization, I supported decriminalization. However, since legalization is upon us, I support the free market. In Ontario, Doug Ford has handed over distribution of legal pot to the private sector and I agree with that move. I'm not sure why he would slash the number of Toronto city councilors by half but privatized pot is good for everyone. Privatized power is not. I support public power.