Why Doug Ford Changed His Mind on Vaccine Passports 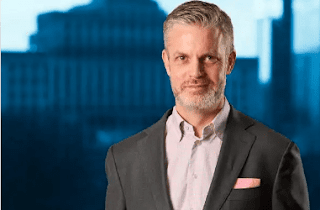 Real Reason.ca is reporting that "This summer Premier Doug Ford announced that he was against vaccine passports. A few weeks later he changed his mind and implemented a mandatory vaccine passport, stripping many basic freedoms from over 1 million Ontarians. Why? The answer: Follow the money. Doug’s Campaign Manager is Kory Teneycke. Kory is the CEO and Co-founder of Rubicon Strategies, a lobbying firm that represents AstraZeneca, Pfizer (a member of Innovative Medicines Canada), and over 100 other bio-tech and big tech corporations."

"Kory took a 'leave of absence' in May to run the Ontario PC Party’s re-election campaign. However, he is still the Director, CEO, and Co-founder of Rubicon. Kory’s company is profiting from PC Party decisions like vaccine passports. Is it right for Kory to be intimately involved with PC Party decision-making while his company profits and Ontarians suffer?"

This is exactly what I meant when I compared the vaccine companies to SNC-Lavalin. It's the exact same MO. They bribe dirty politicians with campaing contributions then get contracts worth billions of tax dollars. Immoral but not ilegal. Dirty deeds done dirt cheap. That money could be spent on cancer research and treatment. Instead, they are putting it in their own pockets.