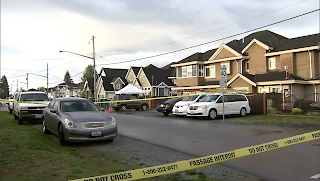 City News is reporting that "One person is dead after a shooting Tuesday night around 10 p.m. near the Surrey/Delta border. Surrey RCMP were called to the area of 122 A Street and 80 Avenue over reports of shots fired, officers then located a person suffering from gunshot wounds."

The Surrey Now Leader is reporting that a burned out vehicle was found on 129A Street in Newton shortly after. There were over 20 evidence markers beside bullet casings. IHITit is still trying to determine if it was gang related. At least they figured out foul play was involved. 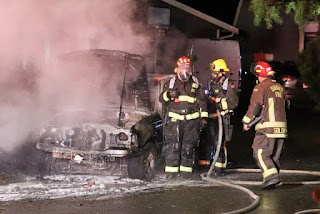 Update: The Indo-Canadian Voice is reporting that "The victim is identified as 28-year-old Sharnbeer Singh Somal of Surrey. He was known to police. Homicide investigators believe the shooting was targeted and is connected to the ongoing gang conflict."