Ottawa's LRT is off the rails

The Toronto Star is reporting that Ottawa's LRT has been plagued with problems and derailments. "The $2-billion line, a major infrastructure project in Canada’s capital city that had been more than a decade in the making, opened just two years ago. It’s been plagued by calamities big and small." Built by none other than SNC Lavalin. They under bid and over charge government contracts, then give the politicians kickbacks in campaign contributions.

This is what Surrey's Worst wanted to put down 104th Avenue in Surrey creating an infrastructure nightmare which Doug McCallum saved us from. Surrey prefers Skytrain because it doesn't impede traffic. Other major cities like London and New York have subways that run underground for the same reason. They don't impede traffic.

Europe has high speed trains that commute from city to city. Running trains on the ground through busy intersections in the city is insane. Hiring SNC Lavalin is a criminal act. 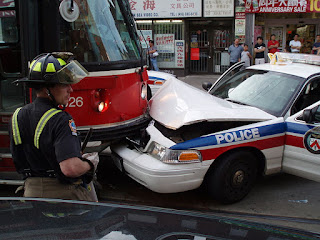