TBM Nation has posted a video of Lil Dave's response to his out in bad for being a rat allegation. In the interview he was asked point blank ARE YOU STILL A MONGOLS MC MEMBER? He eventually admitted that he was not but first responded by saying let me play the devil's advocate. I've never had my day in court. He says he was the National President for 13 years. Doc was put out in bad in 2016. Maybe he meant while Doc was in prison.

First let me say that the Mongols MC are very credible. They have a huge following in LA. The fact that they are Hells Angels rivals makes them a law enforcement target since the Hells Angels sell for the CIA and the ATF. Speaking of informants, Michael Kramer pimps for the ATF and he was never put out in bad. Doc was put out in bad because he cut a deal in prison.

It wasn't much of a deal because they held him for a long time and his deal barely shaved anything off his sentence. Law enforcement targeted him just like they no doubt targeted Lil Dave. At the end of the recent video of Lil Dave's response, they played a clip from the recorded telephone conversation that got him in trouble. It's kind of hard to dispute.

I don't want to see anyone get shot over this. Lil Dave should keep a low profile and cover up his club tats before someone cuts them off. I will however point to Michael Kramer and emphasise how the Red and White respond very differently to informants on the payroll. They use them and embrace them. Michael Kramer is a POS and so is anyone who supports him. Just say'n. 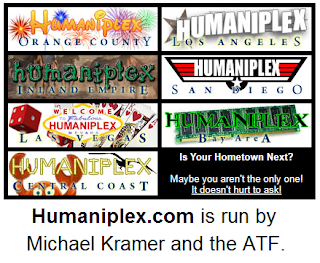