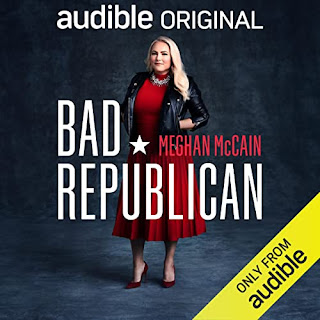 CTV is reporitng that "Meghan McCain says she decided to leave The View following her second day back from maternity leave in January when frequent foil Joy Behar said 'I did not miss you' during a political argument. McCain, who left this summer after four years as the daytime talk show's conservative voice, told that and other backstage stories in a new book, “Bad Republican,” and subsequent interview with Variety.'

Conservative voice? AYFKM? It's the Spew - there is no Conservative voice on it. It is toxic liberal trash. Meghan McCain does not have Conservative values. She wouldn't have been allowed on the View in the first place if she did. She isn't even a RINO. She's is a Globalist. That's all there is to it. This is just another psyop like QAnon to lead Republicans astray.

Rand Paul is a Conservative. Meghan McCain is not.