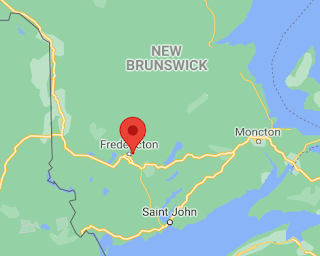 CTV is reporting that "Police in Fredericton, New Brunswick have arrested one man after responding to a shooting in the Marysville neighbourhood on Tuesday afternoon. Fredericton Police says at approximately 12:45 p.m. on Oct. 12, officers responded to reports of a shooting on Canada Street. Police say they located two victims, who were treated by ambulance at the scene for injuries believed to be non-life threatening. Police say they arrested one adult man."

Update: Halifax Today is reporting that "A 29-year-old man has been charged in connection with a shooting Tuesday on the northside of Fredericton. Skylar Troy Robert Michaud was charged with two counts of aggravated assault, breach of a firearms prohibition order and with breach of probation. City police said today further charges are expected, adding that Michaud is scheduled to return to court on Monday, Oct. 18."

Breach of a firearms prohibition order and breach of probation - Big surprise. Legal gun owners aren't the problem, the failed judicial system is. That gun was not registered or legally obtained. When someone with a criminal record is under a firearm ban as well as breach of probationand and they shoot two people, that is attempted murder not aggravated assault. Oh yeah, it's my fault isn't it. They do a crim check on me every day and somehow it's my fault. Idiots.