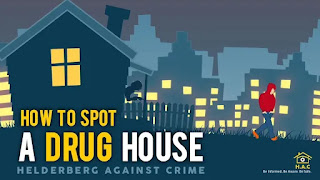 The Abbotsford News is reporting that "A man was shot at a “problem residence” in Abbotsford late last night, police say. Abbotsford Police patrol officers responded to reports of shots fired at the 34000 Block of Oxford Avenue at 11:24 p.m., Oct. 22,, according to a department press release. A 31-year-old man who was shot at the property had already taken himself to hospital before the officers arrived, said Cpl. Paul Walker, media officer with the APD."

“'The house in question is what we would consider a problem residence, where multiple people are coming and going from that residence all the time,' Walker said, adding the house has been this way for some time." This was a drug house. This is what happens when you don't enforce the law and let drug houses continue. Violent crime in that area increases dramatically.