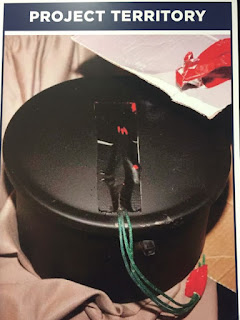 Castanet is rpeoritng that "A work crew on the premises at 3710 24th Ave. identified a suspicious device Thursday morning described as looking like a pressure cooker with wires coming out of it, attached to batteries. The scene is said by neighbours to be the site of frequent drug activity and is described as a flophouse that sells drugs to Vernon's street entrenched population."

Finian says Bullsh*t! The only people who know how to make those are CSIS and the CIA. Drug dealers aren't the sharpest knives in the drawer. A police agent had to have given it to them. So once again the Compromised CFSEU is pulling another stunt to take more of our freedoms away.

This has happened twice before. Once in project Territory when a police agent gave one to the Brainless Red Scorpions. The other time was in the Surrey Pressure cooker bomb plot where CSIS tipped off the RCMP and the RCMP supplied them with one. That was deemed entrapment because they did not have the means or motive to make one without their help.

Before that when Blackwater executed the Boston bombing the police claimed they had to use lethal force because the suspects were throwing pressure cooker bombs at them. Oh really? How much do those things weigh? A little more than a hand grenade. How far can they throw one? Not far enough to evade the blast. The sh*t these people come up with is ridiculous. I've made gunpowder from scratch since I was a kid. We'd make our own pipe bombs at halloween. Yet I have no idea how to nake a pressure cooker bomb and neither do those stupid crackheads. 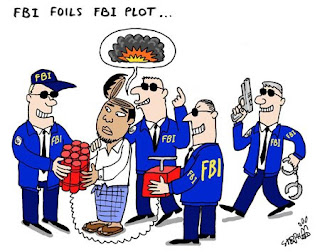 Updare: Object not an explosive

Castanet is now reporting that "Vernon RCMP Spokesperson Const. Chris Terleski says that members of the RCMP Explosive Disposal Unit confirmed the suspicious device was not an explosive. Residents have since returned to their homes and the area is once again open for public access. 'The person discovering the device did the right thing by notifying police immediately,' says Terleski."

The RCMP Press release states that "A member of the public found the cyclindrical device in an alleyway and immediately reported it to police." That was from October 3rd. Hmmm...