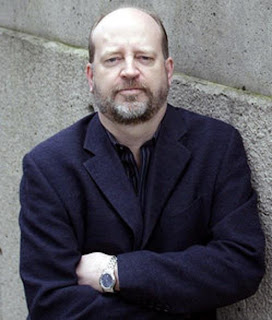 Three cheers for Bill Tieleman and the 24 hours newspaper. A blog reader sent in this link to an article he wrote for the Vancouver edition of the 24 hours newspaper. He asks “How did John Nuttall and Amanda Korody, two disheveled, poverty-stricken drug addicts living in a Surrey basement suite and recent converts to Islam, become Canada’s biggest terrorist threat?”

Bill Tieleman points out that two weeks after the shocking announcement, there are more questions than answers. Finally, someone with a brain. He points out that this insane plot sounds similar to others in the US “where clueless and troubled people have been convicted of deadly plots after undercover agents and informers “facilitated” their crimes to incredible degrees.”

An example he uses is “James Cromitie, a low-level ex-drug dealer who converted to Islam. A well-paid FBI informant befriended the Walmart worker and promised him $250,000 and a new BMW car to fire Stinger surface-to-air missiles at U.S. military planes and plant bombs at Jewish targets in New York.”

This goes well beyond entrapment. I bet ya he didn’t make the Stinger surface-to-air missiles himself. Someone provided him with it which, as Bill Tieleman observes, facilitated the attack.

He points out that “questioning RCMP actions is not to condone illegal activity.” Nobody thinks terrorism is OK. Questioning how CSIS or the FBI set people up is a real concern. That doesn’t mean anyone in their right mind thinks terrorism is OK because it’s clearly not. It’s just as wrong when a crazed terrorist does it as when a crazed CSIS handler does it like in the Air India bombing. What we need to question is how they lost 3 billion dollars in anti terrorist funding. Kinda makes ya wonder who the real criminals are.

My concerns are two fold. These crazy cases of entrapment that go way beyond entrapment. The crazy plots where law enforcement actually facilitate crimes. That is the first concern. The other concern is actual false flag attacks like was planned in Operation Northwoods and was executed against the USS Liberty. That is a whole other can of worms. Denying it happens doesn’t provide public safety.

I used to think that we better be careful how loud we get about questioning these crazy cases of entrapment. They just might actually kill someone just to try and get us to believe them. Then I realized, they already did – Air India. CSIS needs to be charged and tried for that before we even talk about cases of entrapment exploiting drug addicts on welfare. BTW Bill Tieleman has also raised some valid concerns about BC Hydro.