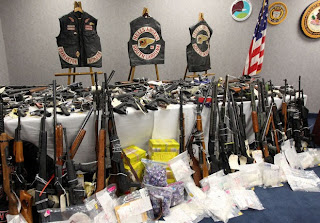 Speaking of crying like a baby, BDN dot com is reporting that “Mark ‘Lightning’ Baker stared down the FBI agents, U.S. marshals and prosecutors who were sending him to jail. Then, he grinned and lifted his shackled hands, extending his middle finger.

He did it again and again, sometimes using both middle fingers to make his point, as he waited Wednesday morning for his sentencing hearing to begin. Within 30 minutes, however, the 50-year-old Baker was crying as he begged U.S. District Judge Cameron McGowan Currie to have mercy on him. ‘A meth addiction caused me to make some bad decisions,’ Baker said.

A crystal meth addiction. Maybe they shouldn’t be selling that sh*t. Maybe he shouldn’t be a bully then cry like a baby wanting mercy when he refused to give mercy to anyone else. This is one of three Rock Hill based Hells Angels convicted of drug trafficking and gun running in South Carolina. They were killing rival drug dealers to secure a monopoly on the market. Then he cries in court when faced with a 15 ½ year prison sentence. If you can’t do the time, don’t do the crime.

It reminds me of that Hells Angel associate in Toronto that was caught selling date rape drug for the “club.” He brought his wife and niece to court and cried like a baby. He didn’t seem to care about all the people and families he would ruin from the use of the drug he was selling. What if someone used it on his wife or niece? The old adage of treat others the way you want to be treated is pretty common sense.

Federal agents and local police displayed more than 100 machine guns, rifles, shotguns, revolvers, semi-automatic pistols and silencers that had been seized from Hells Angels members in “Rock Hill.” (Rock is another name for crack) They also displayed dozens of bags of drugs that had been confiscated, including methamphetamine, (crystal meth) cocaine, prescription drugs and “bath salts.” 100 machine guns and bath salts. Now that is a nasty drug.

My daughter thinks they’re gonna put bath salts in our drinking water to trigger the zombie apocalypse. It’s an interesting theory but I’m a bit confused where people get this idea of a zombie apocalypse from in the first place. One thing is for sure and that is there clearly is no loyalty, strength or honour in the Hells Angels. Word. This Gumby looks like a pencil neck used car salesman. Mug shots on WCCB and Mug shots on WCNC. 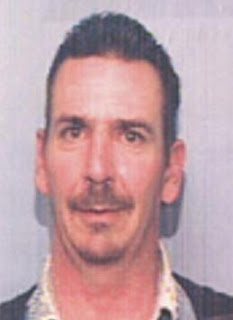