Spotlight on the BC Investment Management Corporation 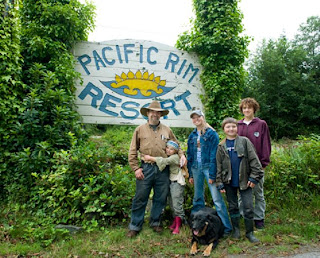 I’m going to need more time to dive into this case more thoroughly but since two different bloggers have expressed a concern about it, I think it’s worth mentioning and looking into the British Columbia Investment Management Corporation.

A blogger at Northern Insight states that ethical performance is lacking at the BCIMC. He points out that the BCIMC is a substantial Enbridge investor ($657 million) and holds major positions in the world's nine largest tobacco sellers ($553 million). They are also arms dealers and have spread over half a billion dollars among almost every one of the top 20 public companies involved in the international arms trade. I’ve seen this blog before and the guy is pretty knowledgeable.

The other blogger owned a pristine campground in Tofino right by Long Beach. On May 25, 2010 they suffered a triple arson. Since then there has been numerous acts of arson and vandalism. Even the resort water system was destroyed. All of this made it impossible to run the campground and maintain a revenue to continue mortgage payments. Meanwhile, a dirty investment company kept wanting to know if he’s ready to sell yet. That investment company is BCIMC. The bank foreclosed the resort and gave the pristine campground to the BCIMC at a fire sale price. 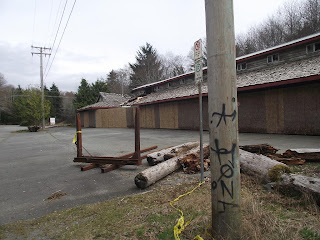 If the owner did it himself, he would of had insurance. The last arson was on was Mar 9, 2013. A couple days later, this graffiti was written on a telephone pole outside the fire. Here’s the thing – the graffiti are characters from a First Nations alphabet. The middle character looks like a modified O used in the IPA (alphabet that's used to spell First Nation names). 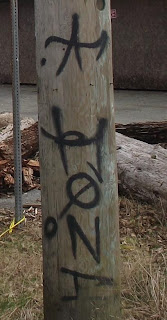 There are many First Nation dialects and they are oral languages. This alphabet was created by French and British linguistics to record the oral native languages. It’s not a local alphabet. The person who wrote it must have known someone who had taken linguistics at University. Not something your typical crack head vandal would know.

There’s lots more for me to look into but for now I leave you with links to the Northern Insight and the Citizens United Against BCIMC blogs. More gang news on it's way.