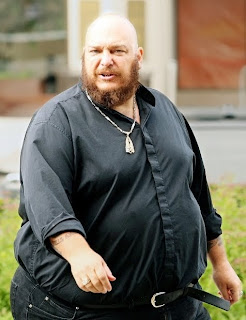 The Ottawa Citizen is reporting that Paul Sasquatch Porter has told the parole board that he wants to leave the Hells Angels in good standing. Kinda suspicious since the reason he was denied parole was because of his ties to the gang. He did claim responsibility for the cocaine in his girlfriend’s purse. Most HAs would of made her take the fall. If he wants to leave so be it. Let him leave. The image of him hugging and kissing Mom Boucher gives me the creeps.