Swearing an oath to the Queen 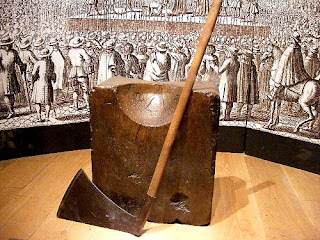 Before I catch up on other stories there are two editorials in today’s paper I want to comment on. On the front page of the Vancouver Province and all over the media everywhere is the news about William and Kate’s new baby. While I am happy for them just like I am happy for any other new parent, I really don’t see what all the hoopla is about. A few media outlets even went so far as to say “World Welcomes New Prince.” The world? Really? You think the Queen of England is the queen of the entire world? You’d think this baby was the freaking prince of peace for heavens sake.

I’ve got nothing against William and Kate. I think they are a very nice couple. William’s mother was the best thing that ever happened to the monarchy. I’m even happy for Charles. I think it’s romantic that he finally married the woman he wanted to marry. She wasn’t as young and pretty as Dianna but that was his real true love and I think it’s very noble that things worked out for him in the end. Tragic how Dianna’s life was cut so short but she left us with a lasting impression that will remain forever. Who knows, maybe in the hereafter she’ll be with her true love as well.

I just don’t get this hoopla about the monarchy. Don’t worry, I don’t get the hoopla about movie stars either. They’re all just ordinary people. Show me someone who’s done something to make this world a better place and then I really am genuinely impressed.

It reminds me of many years ago when I was working in London England during the royal wedding. The royal wedding - Charles and Dianna. The media was all over it. The radio was on at work and they were giving us the live play by play. Here it is folks. The moment we’ve all been waiting for. The royal bride is going to step out that door any minute now. There she is folks and this is what she’s wearing... and there the fashion designers go to reproduce her gown for the public.

I shook my head and said out loud what on earth is all the fuss about? You’d think it was the freaking moonwalk and man’s first step on the moon. A Caribbean guy I was working with chuckled but the manager from England got a little perturbed and said Oh but you have to understand this royal family is very important to us here in England. Yeah? Why? I don’t get it. They’re just ordinary people. Well, I still don’t get it.

The article claims many Canadians support and appreciate our constitutional monarchy. Our constitutional monarchy? We don’t have one. England does. We are simply part of the common wealth – a loose association of countries that were once colonies before they became free republics. I suppose whether or not we really are a free republic is debatable and that’s why we need to address the issue.

Before we go there let’s talk about inclusion. It’s not just new immigrants who have a problem with swearing another to the queen. I’m pretty sure most Canadians of French ancestry have a real problem with it. That could be one of the reasons Quebec never signed the Charter. Swearing an oath to the queen would be a violation of their conscience. Before I went traveling I was considering joining the reserves. I was shocked and astounded we were supposed to swear and oath to the queen. I’ll swear an oath to defend a country or a constitution but not to a person. We all know there are good kings and bad kings. In our day the queen is literally just a figurehead but historically there have been many bad kings. I certainly wouldn’t want to swear an allegiance to a bad king or be treated like a traitor for not doing so.

The editorial said some claimed that swearing an oath to the queen would harm their right to the freedom of religion. That’s an interesting thought. In Ireland the Church of England persecuted the Catholics. In fact they persecuted other Christians as well who weren’t Catholic just because they weren’t Church of England. Since the queen is literally the head of that church we need to talk about it’s historical origin if we are going to swear an other to her title. (Did I tell you the story of George Buchanan? I’ll save that for another day so I will.)

Never in Israel’s roller coaster history of morality and immorality has there ever been a king of Israel that has actually taken over the church and made themselves rulers over it. Prophets have spoken out against bad kings in the past and many kings rejected the prophets and threw them in jail like they did to Jeremiah or in the case of John the Baptist, served his head on a platter for confronting the king’s immorality. Jean Baptise as our French friends would remember.

So in England we had the famous King Henry who was guilty of both adultery and murder. He was a Catholic and the Catholic church didn’t allow divorce so he kept beheading the wives he didn’t like so he could remarry without getting a divorce. Finally he started feeling guilty about being a murderer (after the Pope excommunicated him) so he decided to take over the church and make a new one that would allow divorce so he wouldn’t have to feel guilty about murdering another wife he didn’t like. Low and behold King Henry becomes the head of the Church of England. If that’s not enough blasphemy for lightening to strike, I don’t know what is. I’m not saying the church shouldn’t allow divorce btw. I’m saying King Henry had no right and no authority to take over the church and make himself the head of it.

Historically, the Act of Supremacy of 1534 confirmed the King's status as having supremacy over the church and required the nobility to swear an oath recognizing Henry's supremacy. Gag. That act was repealed and restored many times since. Yet today the queen of England is still considered the Supreme Governor of the Church of England. So tell me, does swearing an oath to the queen also an oath recognizing the queen’s supremacy over the church? That is something I completely object to and I was born here. To be continued…

I will point out that before King Henry the Catholics church was even worse. During the Spanish Inquisition they killed and persecuted everyone who wasn’t Catholic. I guess that’s why they called it the dark ages when mankind was groping around in the darkness thinking the world was flat. Both crimes show why adapting a single state religion is just as bad as abolishing religion altogether. Both are wrong and one leads to the other. 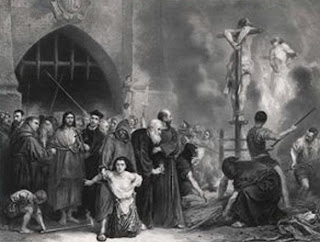