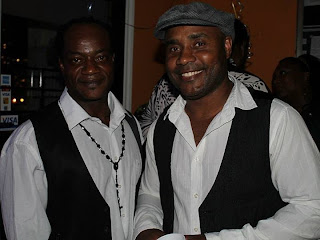 I have several stories to catch up on but since the topic of diversity and Surrey pride came up, I wanted to highlight two tiny resultants in Surrey that have awesome food. The first is Binghi's Reggae Café 13593 King George Blvd. It’s at King George and 108 Avenue. It’s tiny but the food is awesome. They even have a facebook page.

I think the owner is Indo Canadian but it serves Caribbean food. The guy with the hat is an awesome chef. I had some curry goat with some rice and peas along with a Guinness stout. Now that is what I’m talking about. It doesn’t get any better than that. It came with a unique salad and a Jamaican patty. He even put the rice in a timbale. Now that is old school. The sauce was fabulous.

The other restaurant I wanted to spotlight is right around the corner. A tiny Mexican restaurant called Taqueria Jalisco at 13646 Grosvenor Rd. It’s on 108 Ave and King George right behind where Caps Bicycles used to be many years ago. It’s tiny but the food is awesome.

Everything on the menu is great. It even has some old wanted posters on the wall from the 1900’s. They have their own web site. They even have an assortment of naturally sweetened pop from Mexico. The Jarritos is awesome. It’s lime flavor. Supporting small business is a good thing. Especially when they have such great food. Diversity is a culinary pleasure. 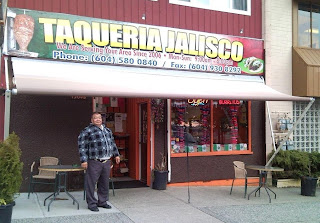