Recap and Repercussions of Fast and Furious 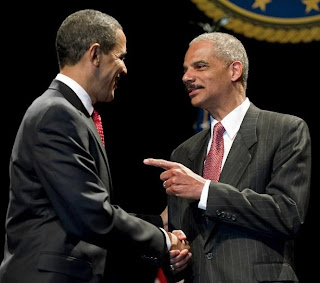 They were supplying crystal meth to South Carolina. It wasn’t just one or two rouge members. It was the primary business of their organization. Just like it was when the former Salem President and East Coast President was busted for selling crystal meth in Massachusetts. As with the former Kentucky Fulton president. Those are flaming examples of the Hells Angels involvement in the US drug trade as an organization.

Probably the most important story of the year is the recent one about the Hells Angels in Germany and Spain getting busted for drug trafficking, extortion, human trafficking and prostitution. That was a huge operation and takes Otis Garret’s murder and prostitution convictions and cracks it wide open.

Nevertheless, I do want to follow up on Operation Fast and Furious and comment on it’s ramifications and repercussions. As we know, in Operation Fast and Furious, ATF members were caught selling guns to the Mexican cartel and bringing back tons of cocaine as payment. It made big news in the States when a border guard was killed with one of those guns. The fact that they were bringing in tons of cocaine as payment for the guns was barely mentioned.

We know two of the whistle blowers in that case have been persecuted. Which is not only illegal, but shocking really. You’d think anyone who exposed such a sinister plot as the government selling guns to the Mexican cartel and bringing tons of cocaine into the country would be hailed as a hero not a traitor. The traitors are the ones arms and drug trafficking in the name of Uncle Sam.

Yet it is a disturbing pattern that repeats itself. The whistle blower that reported on the CIA water boarding prisoners without a trial - persecuted as a traitor when in fact it is the CIA that has broken it’s oath to preserve and protect the constitution from all enemies both foreign and domestic.

The whistle blower that revealed government agencies were spying on people without a warrant recently received a ridiculously long prison sentence when in fact, he was reporting illegal activity. This is a very disturbing pattern that has repeated itself with Fast and Furious. Not only were they persecuted when they should have been hailed as heroes, they were also slandered. The former top federal prosecutor in Arizona even joined in on the attack. The former prosecutor was attacking the wrong party.

You would think that since Fast and Furious is such a clear cut case of good versus evil that they wouldn’t dare persecute the whistle blowers in that case. You would think. The fact that they are clearly shows how deeply rooted that corruption really is. It is a violation of the oath of office. The violation of that oath needs to be addressed.

While the intelligence agencies and Obama’s spin doctors want us to forget about Fast and Furious, one editorial points out that’s hard to do when more bodies are turning up as a result of that sinister operation. It wasn’t a botched plan to track illegal arms dealing. It was illegal arms dealing and drug trafficking to raise money for off the book operations. Again. Just like Iran Contra and Mena, Arkansas.

It was incredibly offensive how Obama smiled when asked about Fast and Furious in the presidential debate and claimed executive privilege. Now that he has placed his seal of secrecy on all the Fast and Furious documents, he shouldn’t be impeached, he should be hanged. Nixon would not have gotten away with claiming executive privileged on all the Watergate documents. Obama was a fraud. He fooled us in the beginning but not any more.

In the United States vs Nixon the Supreme Court stated: "To read the Article II powers of the President as providing an absolute privilege as against a subpoena essential to enforcement of criminal statutes on no more than a generalized claim of the public interest in confidentiality of nonmilitary and nondiplomatic discussions would upset the constitutional balance of 'a workable government' and gravely impair the role of the courts under Article III."