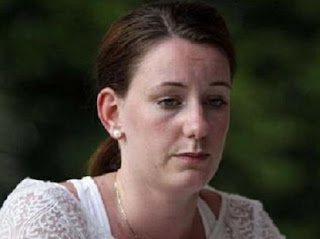 A Norwegian woman was sentenced to 16 months in jail in Dubai for having sex outside marriage after she reported being raped. That isn’t just hypocrisy, it is insanity. It is a violation of Islamic Law and the people that sent her to jail should be the ones in jail not her. Don’t get me started on sharia lawlessness. This case shows not only the importance of the separation between Church and State but the importance of the separation of State and Insanity.

Having sex outside of marriage is a sin not a crime. Rape is a crime. So is sending someone to jail for being raped. It’s like the age old hypocrisy of stoning women for adultery. She didn’t commit adultery all by herself. Where is her coaccused? Even in Islamic law, rape is a more serious offense than consensual sex outside of marriage.

All law - Jewish law, Islamic law, Secular law and Christian law speaks to natural justice. This offense of imprisoning the victim of rape is not only barbaric, it is a violation of natural justice and is therefore unlawful. Just as falsely accusing someone of a terrorist attack is. We need to shun all extremism not just this one.

Christ was a Jew. He confronted the religious leaders at the time calling them liars, hypocrites and extortionists. Do you really think Mohammad would not have the same thing to say about these criminals in Dubai who sent a victim of crime to jail? Alas alas for you, blind fools. 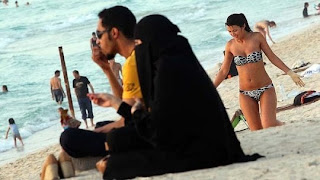