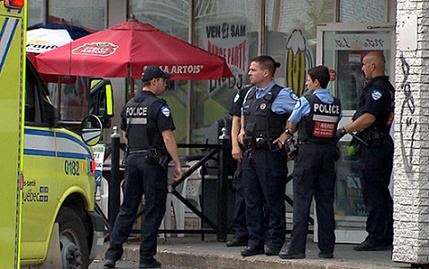 There was a shooting in Montreal yesterday. One person was injured and two people were killed. What a pathetic way to celebrate Canada day. It happened inside the Nite Lite bar at LaSalle.

The Montreal Gazette is reporting that the two fatalities in the shooting were Jamie Laramee, 37, and his younger brother Cody, 25. The Gazette claims that Jamie had ties to the West end gang but the name Laramee certainly doesn’t sound Irish. In 1999 he was involved with Pietro D'Adamo.