Armed US Police in Canada want exemption from Canadian law 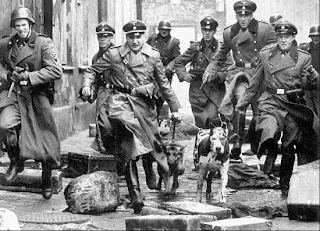 Speaking of traitors and treason, Harper is letting armed US Officers in Surrey already and guess what? The armed US officers want exemption from Canadian law while armed in Canada. That is so insane it is astounding. Harper… Don’t get me started on Harper. He has given up Canadian sovereignty and it’s time to take it back!

US police have no right to patrol in Canada. Period. That is something we need to address right now. Their desire for exemption from Canadian law is a flaming example of why this pilot project is so wrong. Does that mean they want to implement the patriot act in Canada when Harper has a hard time enforcing it against the will of the people?

They claim this new agreement will allow hot pursuit across maritime borders. Wrong! How many car chases cross the border? If the police are chasing someone, the suspect has to stop at the border. If they are in hot pursuit that is pretty obvious and they won’t be allowed to cross. If it’s not a hot pursuit but just a wanted felon, the US issue warnings to the Canadian customs and they stop the suspect at the border.

Their hot pursuit argument is a lie to try and sell their illegal deal that gives up Canadian sovereignty. This is an act of war. Harper is a hypocrite and an idiot. He runs all those War of 1812 commercials as a front for doing the exact opposite and handing over Canadian sovereignty to the US. Not on my watch. Contact the BC Civil Liberties Association to join the class action law suit.