The Credibility of the RCMP and the Media 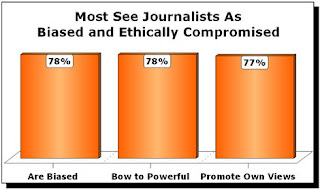 There are a few smaller stories to catch up on but I wanted to put this out there because I think it needs to be said. I’m sure many people are wondering why I take the police’s word when they make a drug bust involving the Hells Angels but not a suspicious terrorist bomb plot.

One blog reader made the claim that the RCMP is a criminal organization and I’m a RCMP lover for not admitting it. I am very cautious of statements like that because that is what the patch lickers say to pretend the Hells Angels aren’t drug dealing pimps when clearly they are.

Just because there might be a few, OK a lot, of cops who get caught drunk driving, that doesn’t mean it’s OK for the Hells Angels to sell crack. The Hells Angels use their club’s name and reputation to violently control the drug trade. A few drunken pigs so to speak doesn’t make that right. One does not rationalize the other.

The other reason I’m hesitant to refer to the RCMP as a criminal organization is because when push comes to shove we all need to believe in something. Anarchy just does not work. The preamble to the Charter of Rights says we believe in the supremacy of God and the rule of law. There is no hope and no future in lawlessness. If there are problems within the RCMP and I will agree there are many, we must fix those problems. Abandoning law and order just doesn’t make sense. Having said that, not all cops are bad.

If the police say they have arrested a member or associate of the Hells Angels and charged them with a crime, it is not unlawful for me to quote them even if the charges are eventually dropped or if they are found innocent in a trial. Me quoting the police or a media report is one way I avoid law suits for defamation. You can’t sue someone for defamation if they are telling the truth.

I personally find this Surrey terrorist plot ridiculous. One blog reader wrote in and said someone commented on Kim’s blog and said how could two drug addicts on welfare plant bombs in Victoria then get arrested later that same day in Abbotsford with no car or reliable transportation? I do have an answer for that but decided to look at some of the comments on Kim’s blog. I was shocked to see many on there think the plot is very far fetched. I thought everyone would be trashing me calling me a crazed lunatic. I may indeed be crazy. It’s just nice to know I’m not the only one.

There have been a few concerns brought to my attention and I want to be clear there is no way I’m going to trash Kim. She is a professional. She’s not like me. She is a competent and very credible and courageous journalist. First of all, she’s not anonymous. Yet she passionately writes about the Hells Angels, even devoting that whole web site to the Michael Plante story knowing full well that her life could be put in danger for doing so.

Kim is very careful not to write hearsay or speculation. She deals with facts. I however, tend to cross that line. If someone gives me a story that I feel is credible, I will run with it. Everyone has a different style and specialty. Kim deals with crime. Most other media sources look to her for their stories on crime. Conspiracy theories aren’t her thing. She doesn’t gravitate to them by nature because she is fact driven not theory driven. I don’t think it’s because she is part of a main stream cover up. I think because she is fact driven she is not drawn to conspiracy theories.

David Baines is another credible journalist from the Vancouver Sun. His specialty is stocks and investment fraud. That is his specialty. He doesn’t normally write about conspiracy theories because that’s not his thing. His thing is investment fraud and he covers it well.

Me? I’m a just a jack of all trades, master of none. My focus is the gang war which is tied to the Hells Angels and the drug trade. Yet that also covers things like Operation Fast and Furious along with political corruption as well. Political corruption does lead to what some would refer to as conspiracy theories but some of these concerns are no longer theories.

No conspiracy theorist made up Operation Northwoods. That needs to be addressed. In fact, when have we ever heard anyone in the main stream media mention Operation Northwoods? Despite the reality of that declassified document it’s not something we hear about in the Canadian Press. Yet that document, as well as the betrayal of the USS Liberty, has huge ramifications for us today.

Consequently this Surrey Pressure cooker bomb plot has put the credibility of the RCMP and the main stream media into question. The RCMP screw up I blame on CSIS. They are the ones that told the RCMP about the plot and the RCMP investigated it. CSIS probably didn’t tell them who their handler was in that case and what role he played. They didn’t tell them it was their handler that provided the pressure cooker bombs just like in the Toronto 18 and the Air India bombing.

Yet I am not beyond accepting that some levels of RCMP management within their anti terror agency that loses track of millions of dollars, does have some kind of corruption all on it’s own just like CSIS. After all they did scuttle Operation Phoenix and Richard Barszczewski did shuttle the Western wind bust. Instead of putting him in jail for that they gave him a promotion to military intelligence in Europe, then he comes back and wins the lottery.

The Tyee wrote an article about the RCMP’s involvement in entrapment when it comes to terror plots like the Toronto 18 which was discussed in the book the Terror Factory. How the FBI are creating terrorists and saving us from them to justify their existence as well as their increasing budget and powers to trample the constitution and bill of rights. This is very relevant. However, it is separate from Operation Northwoods.

Hitler used false flag attacks to deceive the German people into war and torture. Since false flag attacks are a part of our world history and since they were proposed in Operation Northwoods, they need to be discussed in our main stream media. Failing to do so puts the credibility of the press into question.

We talked about how Murdoch controls the press to promote specific candidates in England. We had hoped the Canadian Press was more mature and non biased than that. Time will tell. Until that day we still, knock on wood have the Internet and our right to free speech.