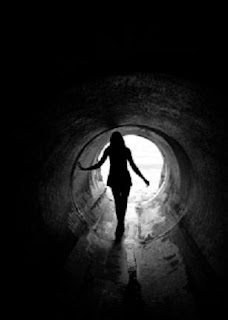 CBC News is reporting that “A Truro woman is marching against what she calls one of Nova Scotia's dirtiest and darkest secrets - human sex trade trafficking. Lia Renaud said sex slavery starts in the Maritimes more than people think, so she and several supporters are planning to walk from Halifax to Moncton to raise awareness of the issue, taking the route where vulnerable victims are often picked up.”

Truro? That’s a pretty familiar small town involving an organized crime group we all know. Come to think of it, members of the Thirtieth Tribe that patched over to become the Halifax chapter of the Hells Angels where David Giles, Mike Christianson and Larry Pace (Lars) are from, were convicted of living off the avails. In fact, Right after the Darksiders move into Bridgewater, NS a new brothel was busted there. Imagine that.

RCMP Const. Sebastian Decaens said in most cases a predator will manipulate their victim to either fall in love with them or make them feel like they need to pay off a debt. "They would bring them to another city or another province to start dancing. Once again it's to create a habit, a need, and from that they would go to dancing to unfortunately the sex trade market," he said.

Renaud said that's exactly what happened to her friend Stacy. "She ended up meeting a gentleman. He was a well-respected businessman, also a high-ranking Hells Angel," she said. Pimped by a high ranking Hells Angel. Imagine that. I suppose Otis Garret isn’t then only missing link between the Hells Angels and prostitution.

Last month MSN News reported that “Twenty-two men were arrested and two children were rescued from harm after a major child exploitation bust in Atlantic Canada. The suspects range in age from 22-years-old to 63. Six of the people were from rural Nova Scotia and three were from the Halifax region. One of the charged men was a registered sex offender. Another worked with children. "The majority of our offenders are individuals who have never had a parking ticket,” said Purchase.” Fred Price, 52, of Fredericton, and Donald Martin, 48, of Miramichi, have both been charged with distributing child pornography.

According to C2C’s Investigative Report ““The media don't know anything about it. The Crown attorneys have all moved on to bigger and better things. The police officers have all changed. The political will has changed. So now it’s Canada's deep, dark secret if you will. The Russian mafia runs girls, the Hells Angels runs girls. There's a lot of Asian human trafficking going on, locally and from abroad. It's everywhere now.” Why that’s yet another source that claims the Hells Angels are involved in forced prostitution in Canada. How does a nice family man with young kids rationalize that? Kinda makes ya wonder what was really going on at the Pickton farm. Last September they had a human trafficking awareness walk in Toronto. 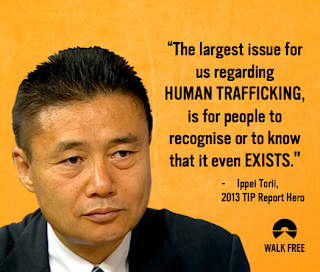