The sentencing of Laura Szendrei’s murderer 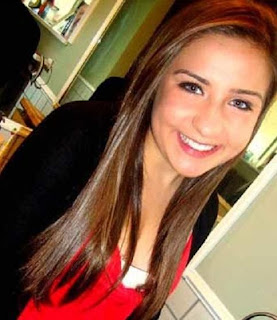 The sentencing of Laura Szendrei’s murderer has been in the news of late with several comments and recommendations from forensic physiatrists. I’m going to touch on two statements that were quoted in the media and set the record straight. This is a very serious and important case.

One psychiatrist testified that the murderer should be sentenced as an adult because he will not get the treatment he needs if he is sentenced as a youth. Although I agree with the conclusion and one is tempted to say whatever it takes, we need to clarify the obvious.

Thanks to the advocacy of Chuck and Donna Cadman, young offenders who commit violent crimes can be tried as adults. You can’t get any more of a violent crime than murder and rape. This murderer should automatically be tried as an adult. It’s not about him. At this point I don’t care what’s in his best interest. He just committed murder. Failing to try him as an adult would be criminal negligence. It would mock Laura Szendrei as well as her parents and in so doing mock justice altogether. Although rehabilitation should be a factor, it most certainly is not the factor and comes second to justice and public safety. Especially in the case of murder.

The other flaming concern I have is two ridiculous statement made by Robert Ley. Ley claimed that the reason the murderer attacked Laura was because of his alleged shyness and anxiety around women. Before I tear into a long and drawn out rant on Freud, Dr. Paul Janke points out the obvious. He states that theory has "essentially no credibility." Thank God. Robert Ley needs to find a new profession.

We were all baffled by the motive for Laura’s murder. Now we hear claims that the murderer had three previous incidents and originally wanted to rape her but ended up killing her when she screamed and made too much noise. To me it sounds very suspicious. Who isn’t going to make noise when you try and rape them in a public place. It sounds simply like a made up story to get second degree charges instead of first degree charges.

This other victim thing is totally new. There were no news reports of other victims in the area at the time. This whole delusion about rapists committing rape because they are shy around women is offensive and absurd. Rape is all about power and control over woman in a very disturbed and unhealthy manner. It’s like our friend the freak Jim Brown who brags about his violent sexual fantasies of criminal acts. Harboring those kinds of desires is deranged. It’s got nothing to do with being shy around women.

Robert Ley also told a sentencing hearing that he believes the offender is a motivated and intelligent person who would be receptive to treatment and should be detained in a provincial institution rather than in a federal prison, where rehab programs would be less effective. Is this guy smoking crack? Everyone else reports that the man posed a high risk to reoffend and that he showed no remorse for the murder. There is something wrong with Robert Ley. After we flush his submissions down the toilet, we need to correct his career mistake in a hurry before he damages more victims’ lives.

Although I agree that it is in no prisoner’s best interest to be mistreated in prison, this guy committed murder. In all fairness he should be put to death. Keeping him alive is doing him a favor not society. I’m sure many will argue, including Amnesty International, that a civilized society does not tolerate capital punishment. In contrast, I submit that a civilized society cannot tolerate murder. To do so diminishes all of us.

Although I have expressed my concerns over the father’s decision to invite patch wearing Hells Angels to his daughter’s funeral, I will point out that feelings of retaliation or taking the law into one’s own hands are completely normal and understandable in that situation. Although we all agree that we must take the higher road and trust in the law, when the law betrays public trust victims never heal.

My concerns about the Hells Angels are clear. They are a criminal organization violently involved in the drug and sex trade. Befriending them for any reason is a bad choice. Nevertheless, my heart does go out to Laura’s father. Her mother as well but I suppose I can relate more to her father. When something traumatic happens to your daughter like murder or rape and the offenders are walking around with no remorse and a high likelihood of reoffending, it is very hard not to take care of the matter oneself. Very hard. Even if one takes the higher road, if the law fails public trust there is a wound there that never heals. It becomes an unresolved issue so to speak. Pushed to the side to be dealt with at a later day. The only hope and peace that I can find is the knowledge that life does not end at death and in due process, truth and justice will one day prevail. As they say in Ireland, “Our day will come.”