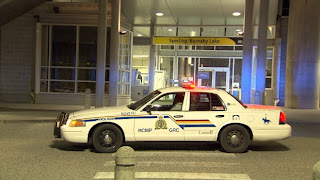 The Burnaby NewsLeader is reporting that "A 19-year-old man is recovering in hospital after being shot several times early Wednesday morning near the Sperling SkyTrain station, say Burnaby RCMP. Just after 1 a.m. the man was shot in the arm and body, around Greenwood Avenue and Winston Street. He was taken to hospital with serious but non-life threatening injuries. No one else was injured." CBC is reporting that "Police say the victim knew the shooter and investigators believe the shooting was targeted. The victim is known to police." The Vancouver Sun reported three Burnaby shootings in April.