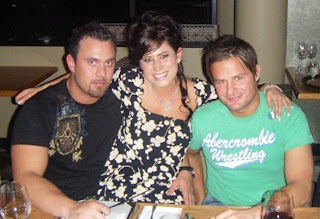 Jeff Buziak recently made a profound post in the Justice for Lindsey Buziak blog. He states that in British Columbia there has been no changing of the guard in Parliament and refers to Christy Clark as No Seat Clark. He points out that around the world most countries are throwing out their corrupt governments while we just keep voting them back in. He is referring to the BC Rail scandal Christy and her brother were involved in. Which was about drug trafficking and money laundering not just sweetheart deals in the fire sale of public assets.

He is understandably concerned that the Saanich police have no news, no suspects and no arrests in his daughters murder. Other than three years ago when they warned him his life was in danger for trying to find his daughter’s murderer. Kinda weird how they would extend to him the courtesy of warning him that people wanted to kill him for trying to find his daughter’s murderer but refused to say who it was that wanted to kill him. One would think if they knew that then they would have a suspect to pursue.

He points out how the police have tirelessly spent a great deal of resources finding and apprehending Jonathon Bacon’s murderers yet don’t seem to be doing anything at all when someone totally innocent like his daughter was murdered. That is indeed baffling.

He claims he was offered assistance from the Hells Angels. That’s somewhat ironic. Since they control the drug trade in BC and Alberta it’s hard to conceive they weren’t involved in Lindsey’s murder. Rick Ciarniello was involved with the Devil's Butler. That's not something I would support.