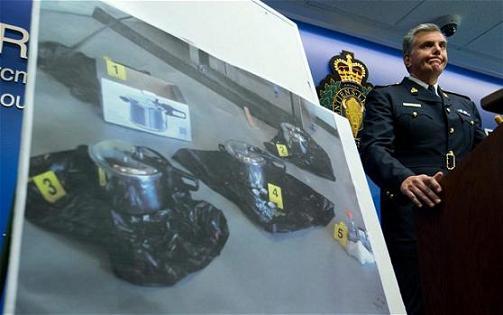 Well this is certainly bringing it close to home. RCMP have foiled another pressure cooker bomb attack just like the ones used in the Boston Bombing false flag attack. Pressure cooker bombs? Really? With more ridiculous claims like this we’re going to have to look a little more closely at CSIS’ involvement in the Air India bombing.

Our liberty is lost as long as we let CSIS and the RCMP get away with these ridiculous claims. Did we ever find out what Graham Fuller had to do with the Boston bombing incident? Two self-radicalized Surrey residents were inspired by Al-Qaeda. Can it get any more ridiculous than that? OK so let's talk about CSIS and Air India. When will CSIS be criminally charged for their planing that event and providing the explosives for it? When? 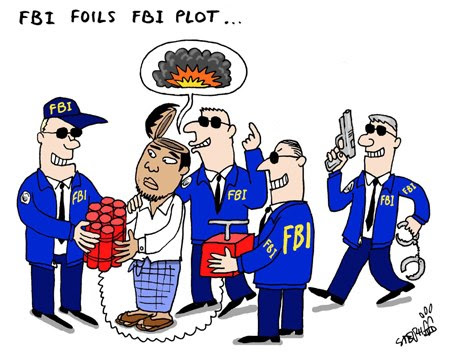 Surrey criminals aren’t known for being very bright. They have a reputation for being stupid. This guy’s a drug addict who’s criminal history included mugging someone by hitting them over the head with a rock. Ya think this guy is going to know how to make a pressure cooker bomb? Not unless CSIS give him one. They’re going to have to do more than tell him how to make it. They’re gonna have to make it for him. Just like they did in the Toronto 18.

Speaking of Al-Qaeda, how is that oil pipeline in Afghanistan doing anyways? We know the opium trade is booming there now that the allies took over after the Taliban brought opium production to a grinding halt right before the invasion. I guess money talks and the bullsh*t never stops. 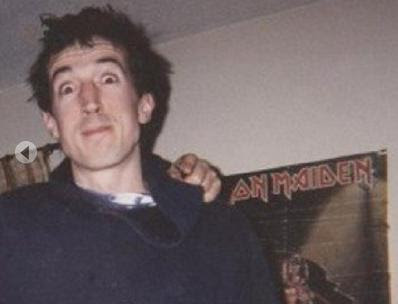 Reading today’s Vancouver Province was like the comic section took up the whole paper. I realize they are just reprinting the information the RCMP gave them but whatever happened to investigative journalism? The Kool aid Kid was even briefed before hand and seized the media opportunity to promote her absolute nonsense.

In the Toronto 18 case the RCMP produced a detailed video showing exactly what damage those kind of explosives could do. How did they know? They were the ones that gave it to them. It was entrapment. Air India was even worse. That was murder. The point is, the kids charged in the Toronto 18 did not have the technical ability to makes those kind of explosives. It was the RCMP that supplied them with the explosives just like in the Air India bombing.

Likewise, in this case, a Surrey crack head does not have the technical ability to make pressure cooker bombs. They would have had to make if for him. Giving him the money to buy the ingredients wouldn’t have been good enough. He would have spent the money on crack just like the RCMP agent in Cranbrook named John Garry Shanks . They gave him money to get rid of his facial tattoos so he would look more credible in court and he spent it on heroin. A Surrey crack head wouldn’t be buying brand new pressure cookers either. He’s dumpster dive for them. Even the rusty nails in the photos looked clean as though they were made rusty in a lab.

"The force was informed of the alleged plot in February by the Canadian Security Intelligence Service, and a five-month investigation culminated with the arrests of two people in Abbotsford, B.C., on Monday, RCMP announced on Tuesday." Landlady claims “Someone is using them.”

Here’s an interesting point. A blog reader sends in this screen cap of the online court data base and said look at the dates. March 2 2013 John Stewart Nuttall was charged with conspiracy to commit an indictable offense. There are three charges under the same file number. March 2 2013 he was also charged with knowingly facilitate a terrorist activity. That charge was back in March 2013. Which makes this whole Canada Day bombing plot bullsh*t. June 25 he was charged with possession of explosive substance (Which CSIS gave him) but the initial terrorist charge was back on March 2nd. Suspiciously, this file number has now been removed from the online court database. Now you just see his other past record.

What can ya say. With a publicity stunt like this maybe even Christy Clark will finally win a seat in the West Kelowna by-election. Not to worry. Not even the Kool aid Kid can screw that one up. Just remember she lost in her own riding and someone else in a shoe in riding had to give up their seat for her. Come to think of it, wasn’t the VIA Rail BS plot also timed around a key vote? That was right before Harper and Trudeau passed an anti terrorist bill that threw away the Charter of Rights. The Green Party, the Bloc and the NDP opposed the bill. Elizabeth May said the bill was illegal because it violated the charter. No doubt. The timing of these publicity stunts is indeed suspicious.

"The motive for the bombing is unclear." No kidding. CSIS needs to be disbanded and charged with murder in the Air India bombing. They spend millions of tax dollars and refuse to report what they spend it on and have no public accountability whatsoever. That is not a free and democratic society. You can have military intelligence without CSIS. You can have police investigations without CSIS. Next on the list of illegal organizations is the Communications Security Establishment Canada (CSEC or CSE). Their mandate is to violate the Canadian Charter of rights.

Update: Individuals and members of the B.C. Civil Liberties Association have expressed the concern that the police bringing the press into the suspects’ home without a search warrant by permission of the landlady not the tenants was illegal. I do agree. Search warrants are really important. The more the police and government agencies refuse to get search warrants and trample the charter of rights, the more it diminishes all of us and makes the charter meaningless. I will follow up on this case in another post.

The Credibility of the RCMP and the Media.

"Phil Gibson is president of Beaumont Communications Inc., a public safety and security consultancy. He spent more than a decade in national security, as director-general of communications for the Canadian Security Intelligence Service. He began his career as a journalist working in provincial and national affairs." He's the enemy within.

He just wrote a bs article supporting CSIS' nonsense. He was the director-general of communications for the Canadian Security Intelligence Service, now runs a public safety and security consultancy front company for them and began his career as a journalist. Operation Mockingbird is in full effect. CSIS is the real enemy from within

Nuttall's lawyer states that it is his understanding U.S. authorities were also involved and that there was some sort of "Mr. Big" component, wherein undercover agents pose as criminals to befriend and draw confessions from suspected criminals. US Intelligence agencies perhaps? Big surprise. And their handler said: We'll set everything up for you. All you have to do is say yes.