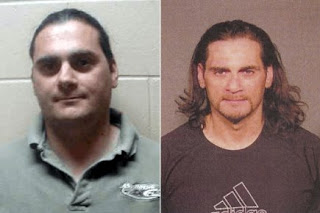 About the mafia is reporting that Giuseppe De Vito was found unconscious in his prison cell at Donnacona Prison before being taken to a local Quebec hospital where he was pronounced dead. De Vito is believed to have been a close ally of Raynald Desjardins who led the rebellion against the Rizzutos while Vito was in prison. Since Vito’s release, he’s been kicking ass. CBC is confirming Giuseppe's death. Tragically, Giuseppe's ex has been charged in the murder of their two daughters. One would hate to think that was a mob hit. One would also hate to think the mother did it. Innocent kids that appeared to be well cared for. Very sad.