Detroit files for Bankruptcy as Freedom is under fire 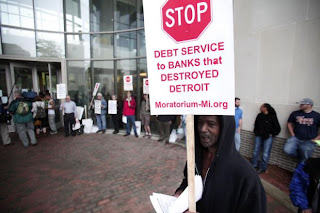 Recently it was announced Detroit filed for bankruptcy. Bonds are tanking and the court claims the governor lacks the power to “diminish or impair pension benefits,” so it's trying to halt the bankruptcy application. Stealing pensions again. Didn't the US banks get a bailout? This is serious. What happens in the States usually follows in Canada. Clearly our freedom is under fire and the greatest enemy we have is the enemy within that is embezzling huge amounts of tax dollars. The day before 9/11 Donald Rumsfeld announced the Pentagon lost $2.3 trillion dollars and can’t account for 25% of what it spends. That is a huge concern which has only gotten worse.

Al Martin calls Huntsville, Alabama Corruption City, USA. Martin claims the accounting "discrepancy" at the Huntsville military complex was $16 billion. These are military officers stealing from the American citizens. That is a huge concern. Canada has the same problem. CSIS lost or more accurately hid $3.1 billion in anti terror funding. The Canadian military stole millions in black assets. There needs to be more financial accountability here because this kind of embezzlement is killing us. Privatizing the military just makes this problem uncontrollable.

Raising the age of retirement will be the least of our worries. Soon we will wake up and a communist nation will own us. Don’t look now. They already do. Communist China owns our oil rights and is buying up private property in the United States. Yet communists don’t believe in land ownership. So is this the new form of war? Conquering land by hostile corporate takeovers?

We need to address the debt and we need to address the biggest cause of the debt, the missing anti terror funding and the Canadian bank bailout that Harper says never happened. Those two expenditures are the most fiscally irresponsible decisions in Canadian history. Along with Gordon Campbell’s’ BC Hydro scam of course. That kind of fiscal irresponsibility is far beyond any leftist ideal of social justice. It constitutes fraud and is a criminal act. 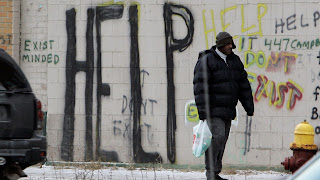