Police confirm FK were tied to the UN 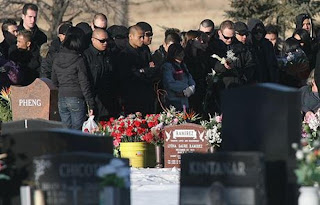 Kim Bolan is reporting that the police confirmed earlier reports that the UN were linked to the FK in Calgary. The FOB or Fresh off the boat were connected to the Hells Angels through the Red Scorpions and the Independent Soldiers. The FK or FOB killers were tied to the UN. Which means the FK got the drugs they sold from the UN while the FOB got their drugs from the Hells Angels. This once again shows that the Hells Angels were directly involved in the drug related violence in Calgary as well. Kim is also confirming rumors that John Punko is out of jail.