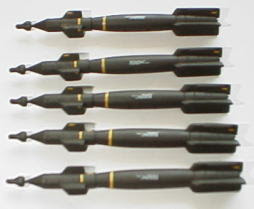 Bullshit. 240 X $100,000 = $24 million. $24 million to bomb a guy after murdering his son because protesters took up arms against him. If I took an angry mob to Ottawa and started shooting at Harper I guarantee you the police would shoot back. The bombing of Libya is for their oil just like the Invasion of Iraq was.

Oh and dropping the HST temporarily for the referendum is bullshit too. Once the HST is in, no referendum will be able to stop them from raising it to whatever they want. The HST taxes things that are normally GST except. If it wasn't a tax grab the government wouldn't be spending so much money trying to convince us it's good for us. Democracy is good for us. Bullshit is not.