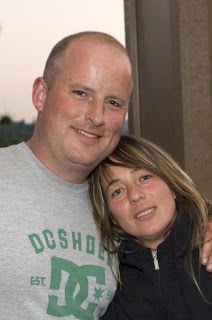 I am relieved to hear that charges have finally be laid in the Dudley-McKay Murder. It was a tragedy that Lisa was left dying in her home after reports of shots fired were made four days earlier. Keep in mind the person that called it in didn't dial 911 they called the non emergency number first as they weren't completely sure it was gunfire they heard coming from the house. The officer investigating the call did make a mistake which I'm sure will haunt him for the rest of his life. A real tragedy indeed.

We do need to remember that the police officer wasn't the one who shot her. That point seems to have been missed. The police said at the time it was a targeted shooting. They have arrested a suspect and said the motive will come out during the trial. Along with motive would be affiliation. If it was a targeted murder there had to have been an affiliation tied to the motive.

One anonymous reader on Kim Bolan's blog claimed the suspect is a member of the Renegades who are a Hells Angels puppet club in Prince George. That would be unconfirmed hearsay at this point yet all leads are worth investigating. The news claims the suspect was from Surrey.

Guthrie didn't ride a Harley he rode a sports bike. Yet Hells Angels were said to have attended their children's fundraiser in 2009. Now there is absolutely nothing wrong with the Hells Angels attending a funeral or a fundraiser. Unless of course it's for someone they had killed. That would be somewhat bizarre.