A ton of pot and 200 kilograms of cocaine a month 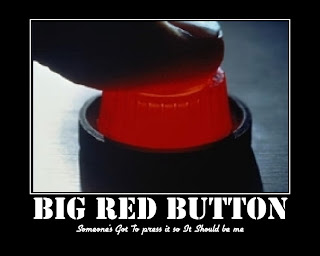 U.S. law enforcement agents allege Hells Angel associate Trevor Jones was the Canadian “boss” of the drug ring alleged to have distributed up to a tonne of pot and 200 kilograms of cocaine a month for several years.

Assistant U.S. Attorneys Jeffrey Backhus and Vincent Lombardi asserted Stuart and his associates delivered marijuana to California, Illinois, Missouri, Georgia and New Jersey, and returned cocaine to Washington in an effort to smuggle it into Canada. “Jacob Stuart has been involved in drug trafficking for approximately 20 years.”

1,000 to 2,000 pounds of pot per month coming from Surrey and distributed across the United States and 100 to 200 kilos of cocaine per month coming back into Canada through Surrey. That is a large operation. It kind of concerns me when we hear Eric Sandberg tell a fellow Hells Angels associate from the Zig Zag Crew they were ready to wipe out all the competition in Surrey.

It kind of reaffirms concerns about the Hells Angels violent bid to take over the production and sale of pot in BC. Once again, I personally don't see pot as the problem despite the huge volume this ring was involved with. The problem I see is paying for all that pot with cocaine to be sold as crack in Canada. That is the problem. It wrecks havoc on our society.

One can speculate on who ultimately profits from the sale of all that cocaine, yet the fact is, that's a lot of money. At 5:00 Catherine Austin Fitts said she was speaking to a group of spiritually minded concerned citizens and she asked them, if she had a big red button that would stop all the money laundering from all the illegal drug sales who would press the button?

Out of a hundred people present, only one person said they would press the button. She asked the other 99 why they wouldn't press the button and they said, we don't want our taxes to go up and our mutual funds to go down. Yet Catherine Austin Fitts explains that the tapeworm economy is extracting all that money from the system and leaching off of it. If we change the way we view the system we can change the way we are being exploited by it. We can actually make money by pushing the red button.

The Californian prison system is a clear example of how the direction that Stephen Harper wants to take us is not fiscally responsible nor is it morally responsible. Decriminalize pot and deal with violent crime and hard drugs. It really is that simple.

This cross border drug bust has not pushed the big red button. The Hells Angels still use violence to control all the grow ops. The Hells Angels are still bringing huge amounts of cocaine into Canada to be sold as crack. Arresting Robert Shannon didn't stop anything. After an arrest is made the Hells Angels just find another mule. Skeletor, Weird Hal or the Walrus, it really makes no difference. White collar criminals profiting from dirty deeds done dirt cheap.

The Ontario supreme court decision did not say it's time to legalize pot. It said that many people have prescriptions for medicinal marijuana. Accessibility for fulfilling those prescriptions isn't happening. Especially when we allow medicinal grow ops to be controlled by a criminal organization.