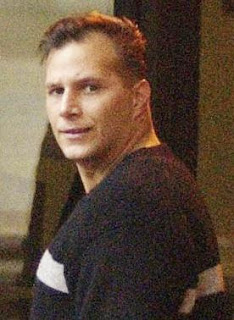 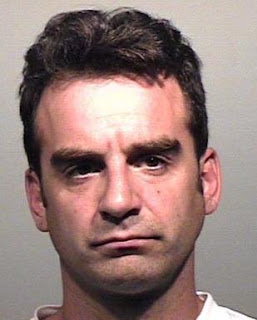 Is John Punko slated for termination next? Why would they do that? Before they make up another bullshit excuse like they did for Juel Stanton, Geoff Meisner and Britney Irving lets find out the real reason.

OK maybe they didn't make up a lie about Britney. Maybe they really were dumb enough to think she was the rat for the Hells Angels grow op she lived on that was busted. She didn't obviously but it is possible they were dumb enough to think she did. Let's give them the benefit of the doubt and say Britney was a mistake. Yet blaming Joey and saying if Joey did it he's no longer our friend is bullshit as well. Only a rat would do that.

Geoff did not steal a large shipment of pot from the Hells Angels. That didn't happen. Nor did he steal someone's cocaine and pocket the profit. That isn't what happened. We really need to stop and question these lies before we blindly believe them. Like how they claimed Joey Arrance raped someone's girlfriend. That didn't happen either. Even if he did, which he didn't, that wouldn't justify murdering his girlfriend's mother. That was really messed up.

They say the first casualty of war is the truth. So too with the Vancouver gang war. Murder and betrayal justified with lies. False statements. Someone said Juel Stanton was involved with the Pickton murders and that's why he was killed. They claimed his death ended the Hells Angels connection to the Pickton murders. Bullshit. First, I don't think he was personally involved and second, that in no way ended the Hells Angels involvement in that case.

Piggy Palace was a Haney Hells Angels hang out. That's the chapter than run the Maple Ridge grow ops where dead bodies have been found. The Hells Angels involvement in that case was not limited to one person. Even Dave Pickton was a Hells Angels associate.

Some said Stanton was too violent and was beating up crack addicts for drug debts in the Ivanhoe. That's exactly what Tony Terezakis did just up the street at the American Hotel and across the street at the Cobalt. Only Tony actually filmed himself doing it. That wasn't very bright.

Juel Stanton and his brother were robbing grow ops and taking them over for the Hells Angels. They were on company business. Betraying him like they did was somewhat bizarre. Stanton was a scrapper. Kinda like Punko. They were rough and tumble the real deal. They weren't these plastic Merle Norman eyebrow man purse wielding fairies.

Stanton's charges weren't significant. Punkos are. Since Punko's conviction was overturned they might well kill him just to avoid getting criminal org status in BC for the first time. Wouldn't that be rat like.

Someone claimed that Stanton answered to Giles and that Giles was the one that ordered the end to his own soldier. They claimed there was a disclosure in Stanton's trial that proved to be quite enlightening and perhaps even made the police look bad. I suppose a lot of people didn't want that disclosure made public.

It revealed things about Stanton that Bryce didn't even know but Giles did. That was kind of the shocker. We all know that everything in the Hells Angels is on a need to know basis, but why would Giles keep secrets from Bryce? The source claims after that disclosure it was kinda hard for Bryce to trust Giles. No doubt. I sure wouldn't trust him or anyone else that so warmly embraced the Lennoxville Massacre.

Someone else claimed that they killed Stanton because he was taking over grow ops owned by other Hells Angels in other chapters. Yet that doesn't really make sense. Why would he do that? Unless Giles was trying to move in to other areas owned by other chapters without telling Bryce and then had Stanton killed so everyone would think Stanton was acting on his own not under Giles' direction. Wouldn't that be a conspiracy. There are lots of theories about why they killed Stanton. I don't accept the official version.