Another body in the Lake 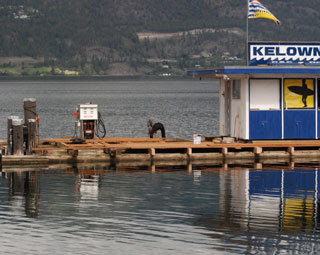 Speaking of getting back to reality, another body was found in the Okanagan lake at Kelowna today. The last one found under the dock at the marina was Catherine Hayley Wright. Foul play was ruled out by the corner. Perhaps they're claiming it was a suicide. I don't understand how someone can jump off a floating bridge in an attempt to commit suicide. I don't think that's high enough off the ground to do the trick. Strange things did go on at that marina.

We know that Geoff Meisner is still missing. So is Aaron Derbyshire as well as a few others. Not all appear to be gang or drug related but the number of missing people is disturbing.

On a strange note, New York Rangers enforcer Derek Boogaard has been found dead in his apartment. Derek was 28.