Government intervention in the rising price of gas 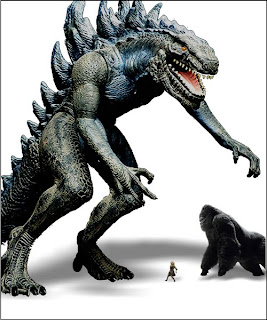 In the news we hear both the American and the Canadian governments are summoning the large oil companies to explain why the price of gas is so high at the pump when they are making billions in profits and get billions in tax exemptions. Well isn’t that ironic?

First we create a giant blood sucking monster mandated to rip people off, then we act all surprised when they do what they are mandated to do. Rip people off and make more and more profit. It is a theatrical production to appease voters and play Pontius Pilate.

The price at the pump at mid-week had risen nearly 6% in less than 72 hours, while crude oil prices had fallen by nearly 14% in the previous 10 days.

Private corporations only care about one thing – profit. They are mandated to not only make a profit but to always increase the amount of profit they make to meet the ever increasing demands of the shareholder. Corporations don’t care about consumers. The only time corporations care about consumers is when supply and demand says the consumer can go somewhere else which would reduce their profit margin. When there is a monopoly on the market that is not publicly accountable, consumers don’t matter.

In a sense there isn’t a monopoly on the oil market, it’s just that the big oil companies have ganged up on the consumer. When we had a gas war supply and demand reduced the price of gas at the pump. Now the gas war is over. Some companies will automatically set their price of gas at a few cents below what everyone else is charging. Everyone else just accepted that and kept charging more and more so the companies that would undercut them were only under cutting them by a marginal amount.

In 1911 the Supreme Court stepped in when the Rockefellers tried to buy up all the oil companies and create a monopoly. They introduced legislation allowing smaller oil companies to exist. Which in essence just paved the way for all the oil fraud the Bush family were so entrenched in.

Yet when the large oil companies are making so much excessive profit and they refuse to reduce the price of gas at the pump, then it is with merit to discuss government intervention. Oh but can a government intervene in a private market? They can when they rip people off. There are two avenues to go.

We can’t sue them and take them to court because they haven’t broken any laws. We could create a law to force them to drop the price of gas at the pump and start paying some corporate tax. The other avenue would be to nationalize the oil industry. Wouldn’t that be extreme? Look at how they slandered the Mexican president who nationalized their oil. They slandered him to his grave and beyond. Yet the Mexican people have benefited from his efforts.

Nationalizing the oil may sound extreme, but look at all the good that could be accomplished. Fair prices is one thing but think about the number of schools, hospitals and mri scans some of those profits could pay for? Certainly we don’t want to overburden the private sector with excessive corporate tax. Yet if the large corporations are making large profits, then they should be paying some tax. Not taxing the large corporations but taxing individual families is unjust. Natural justice declares that everyone does their civic duty and pays their fair share of tax. This is how we balance budgets. This is how we pay down the debt. This is how we build schools and hospitals. This is how we provide social programs like universal healthcare.

The Financial Post claims There's not much any government can do to control the price of gasoline at the pumps. That's not entirely true. All the payday loan companies, although privately owed are all subject to the laws in place. In BC the maximum they can charge for a payday loan is 23% so that is exactly what they charge. They charge 23% for a two week loan which is really 46% per month but we won't get into technicalities. Much.

The point is the government can create laws and intervene when private companies get carried away with greed. Standard Oil was the largest oil refiner in the world until it was broken up by the United States Supreme Court in 1911.