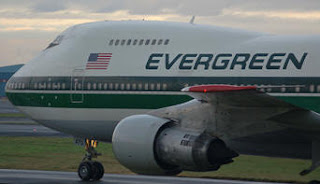 The point I would like to make at this time is that the CIA is not the only quasi government organization accused of being directly involved in drug trafficking. Al Martin claims the Office Of Naval Intelligence also runs it's own programs separate from the CIA. He claims they are much more ruthless in covering up liability so to speak.

Martin claims the ONI controls the West and that their operations ran through their cut out Evergreen Airlines which they took over from the CIA. (page 334) He claims Gary R. Eitel filed an affidavit claiming planes from this company were used to haul illegal weapon shipments to private companies. More drugs for arms.

Obviously when confronting the problem of drugs in our cities, addressing the supplier is more effective then just the low level dealer. Finding out that some of the biggest suppliers are government organizations becomes somewhat problematic in dealing with the problem in our own communities. The point I'd like to make is that it's not just drug trafficking and money laundering. There is an extensive amount of fraud as well.