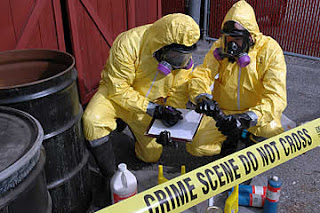 Turns out that meth lab was a "major production" point for the Valley and all of the accused had connections to the Hells Angels. Yet the prosecution of the trial went amiss and the first two charged got off completely. Turns out one of the key witnesses was shot and killed by the police.