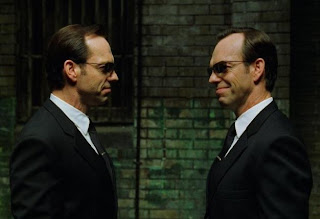 First, let's examine the recent bust implicating the Jones brothers. It was a huge cross border drug ring that involved bringing 1,000 to 2,000 pounds of marijuana from Canada through Surrey and distributing it across the United States every month. It also involved bringing 100 to 200 kilograms of cocaine from Mexico through California and into Canada through Surrey every month.

The Source of the marijuana and the destination for the cocaine was a Hells Angels strip bar in Surrey which Trevor Jones and his brother Randy own and operate. Although the US Indictment has seen numerous arrests on the American side of the drug ring, there has been no arrests whatsoever that has touched the source or destination of the drugs on the Canadian side of the border.

The same drug ring that involved Robert Shannon continued involving another mule and will continue to do so. Mules are easy to find and easy to replace. To stop the problem we need to find the source.

Since this latest bust is out of Seattle, it causes us to reflect on another DEA operation out of Seattle that was prevented from happening by Richard Barszczewski. US officials had a boat loaded with 5,500 pounds of cocaine headed for the Hells Angels in Canada on the BC coast back in 2001.

Initially the Canadian RCMP had an informant that was going to help them get a large Hells Angels drug bust. Richard Barszczewski said no. He didn't want to pay the informant. Yet that is what it takes to bring down organized crime. They paid Michael Plante and Agent 22 which was very effective at shattering the false claims of the Hells Angels' innocence.

Yet it goes deeper than that. It wasn't just the fact that Barszczewski didn't want to cough up the money for the informant. The US DEA had intercepted the boat loaded with cocaine. They were willing to follow the boat to the Hells Angel source in BC that would receive the boat load of cocaine. The RCMP said American police can't come into Canadian waters with guns and the Americans said we are not going on a drug bust without our guns. So it never happened.

Now I'm the first one to express concerns about US law enforcement coming into Canada with guns. Yet the motive of Richard Barszczewski for preventing any Hells Angels from being arrested is clearly suspect. As was his subsequent promotion to the military.

We know the US military is helping cultivate and harvest opium in Afghanistan. We know that the Hells Angels have been caught selling heroin to prostitutes in Vancouver. It really makes you wonder what the source of that heroin really is.

Fox News claims the US military is helping cultivate and harvest opium so that money doesn't go to the Taliban and promise that they will try and intercept the heroin "somewhere" down the line. Are they really? Or are they just intercepting heroin shipments from the competitors that go to fund the Taliban as they let the shipments that fund them through.

Catherine Austin Fitts claimed Gary Webb's book, The Dark Alliance was meticulous. She said as a former government official working within the Bush Administration, his book rang true. Yet he was attacked and slandered for it to his grave.

Clearly the CIA and the DEA are two separate organizations that sometimes have conflicting objectives. Judge Bonner was a former DEA agent that complained about the CIA bringing huge amounts of cocaine into Florida. The CIA adamantly denied it over and over again. Then Judge Bonner went on 60 minutes and documented everything. Finally the CIA admitted they had done it but claimed that was the only time and it was a mistake.

Yet we know from the documentation of Mena Arkansas which was tied to Bill Clinton as well as the Bush Administration, it wasn't the only time and it wasn't a mistake. The VPD were concerned about setting up an under cover operation to infiltrate the East Vancouver Hells Angels. They were concerned that the security of the Attorney Genera's office was compromised. Indeed those concerns have merit but it's not just the CIA. Military intelligence has been trafficking arms and drugs for years.