The King of Saudi Arabia has lost his mind 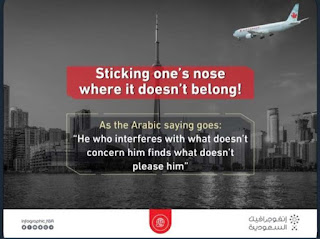 Well this is tragic. One of Justin Trudeau's feminists makes a simple comment about women's rights in Saudi Arabia which is nonexistent, and calls for the release of a couple of peaceful human rights activists and Saudi Arabia comes unglued. They expel Canada's diplomat, suspend flights to Toronto and starts withdrawing students from Canadian schools.

All they had to do was say yeah whatever like everyone else. This flury of insanity shows the validity of the request. A youth organization even went so far as to post an image on Twitter appearing to show an Air Canada plane heading toward the CN Tower in a way that is reminiscent of the 9/11 attacks in the US. Really?

Most of the 9/11 terrorists came in through Saudi Arabia. Their passports were denied but the CIA over ruled the denial and let them in for obvious reasons. Saudi Arabia has been the hub of arms dealing for generations. Maybe we shouldn't be selling them arms. They were supplying ISIS. 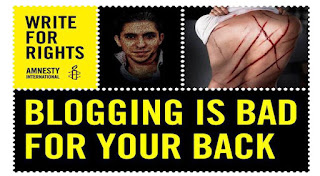 I might add that the human rights violations in China are much worse. Maybe we shouldn't be selling China nuclear reactors so they can export nuclear missiles all over the planet.